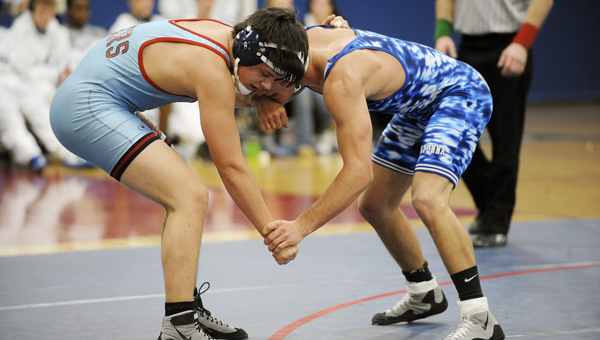 The Tigers were ranked sixth and considered underdogs going into the regular season match against No. 3 Owatonna on Jan. 13, but won nine of 14 individual matches and built a 17-3 lead before winning convincingly, 35-15. The win all but sealed the Big Nine title and snapped a two-match losing streak to the Huskies after winning eight straight from 2006-09.

Tigers coach Larry Goodnature said after the dual: “Our kids came to wrestle tonight. We weren’t going to be denied. They couldn’t have wrestled any better and we weren’t satisfied with anything but a win.”

Albert Lea and Owatonna wrestled next on Feb. 19 at the Rochester Civic Center with even more on the line: a section championship and state tournament berth.

The Tigers got bonus points in three matches, including pins by sophomore Dakota Wangsness and junior Dalton Westerlund, and gave up only decisions, as Albert Lea beat Owatonna 28-21.

The Tigers most dramatic performance wasn’t a win but a loss. Less than one month after tearing the anterior cruciate ligament his right knee, senior Carter Kortan grimaced through a 7-2 loss to Ben Zeman.

Because Carter held Zeman to just a three-point decision, he kept the Huskies at bay, which allowed his brother, Connor, to seal the victory with a 6-4 double overtime win over Coyte Kuefner in the following match.

“When Carter did his job I was hoping Connor would do his,” the brothers’ dad, Jack, said following the dual. “Words can’t describe how proud of them I am. They battled.”

The Tigers went on to place fourth in the Class AAA state tournament at the Xcel Energy Center in St. Paul and had three of nine wrestlers place individually — 112-pounder Lucas Hansen (third), 145-pounder Westerlund (fourth) and 103-pounder Wangsness (sixth).