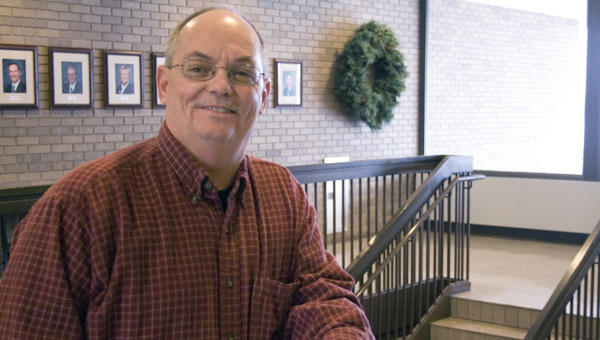 Albert Lea Councilor Al “Minnow” Brooks is one of those people who is always running into someone he knows.

Between his previous involvement in youth sports, his business and his position representing the 6th Ward on the City Council, he knows a lot of people.

“I enjoy meeting people, finding out about them,” Brooks said.

He began working at Brooks Safety Equipment, a family business, in 1985, and then in 1995, he and his wife, Brenda, became the operators and owners of the company. He has business in 21 counties in Minnesota and Iowa, including 11 in Minnesota and 10 in Iowa.

His said his main work is sales and service of fire equipment, such as extinguishers and smoke alarms.

“You always feel like you’re performing a service and doing something beneficial to them,” Brooks said. “It involves protecting their property.”

For those same reasons, he said, he ran and was elected to the City Council in 1998. In his 14th year, he is the longest-standing member of the council.

He noted he’s been able to meet a wide range of people through the council, including constituents, city staff and state leaders.

“Being on the council, it’s just gratifying,” he said. “It’s a way to give back to the community.”

He said he doesn’t think Albert Lea is much different than several of the communities surrounding it.

“I think we’re moving along slowly,” he said. “I think we’re like a lot of other communities where we’d like to generate more economic development.”

He specifically referenced the downtown streetscape project and lake cleanup as two major projects that could make this possible.

“We’re moving ahead,” he said. “We’re plugging away, it just seems to be a slower process than we would like to see happen.”

Brooks said his nickname “Minnow” originated back in the 1970s during a ball tournament. One of the guys on his team yelled the name out to him, and people have been using it ever since.

He said over the years the nickname has been a mystique, with people always trying to guess where it came from.

Albert Lea Mayor Vern Rasmussen said Brooks brings a lot of history and leadership to the council and during the last few years has filled in as mayor pro tem on several occasions.

“I appreciate all he’s willing to do,” Rasmussen said. “I don’t think there’s anything he wouldn’t do for the council.”

When he’s not working through his company or through the City Council, Brooks said he enjoys golfing, bowling and being with family and friends.

He said he enjoys attending sporting events and spending time with his grandchildren. He also walks three miles a day.

He coached youth baseball for several years and was a board member with the Albert Lea Hockey Association.

“I’m an individual who does really care about the community he lives in and grows up in and really wants to see things succeed,” he added.