Driver slides off I-90 into field 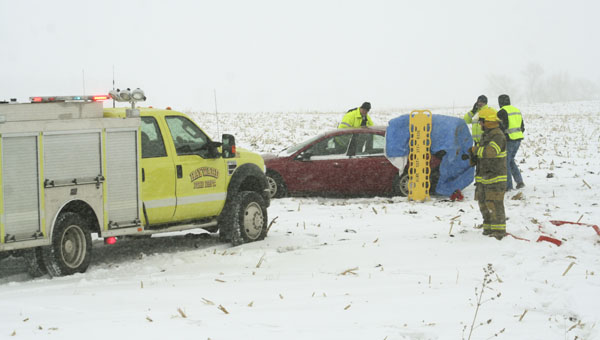 Hayward first responders prepare to extract a driver from a car Friday morning. According to initial reports, the car slid off Interstate 90, across gravel 215th Street and into a field north of the two roads. -- Tim Engstrom/Albert Lea Tribune

HAYWARD — A driver had to be extracted from his automobile this morning when, according to initial reports, his car slid off Interstate 90, across a gravel road that lines the freeway and into a field to the north.

Hayward first responders and the Minnesota State Patrol were at the field and on the highway this morning working to get the driver free.

The slide occurred north of Hayward at about mile 164, where gravel 215th Street runs adjacent to I-90. Responders had to take 215th Street to get to the car.