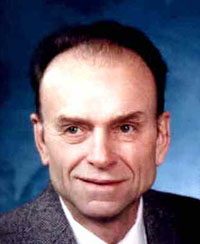 Eugene was born March 1, 1924, near Medford the son of Leo and Joyce (Ellsworth) Kammerer. He was raised and attended country school near Medford. Eugene was united in marriage to Marilyn Jensen on Jan. 12, 1946, in Geneva. They made their home in Albert Lea where he worked at Wilson Meat Packing plant. They then moved to Geneva and later to Owatonna where he worked with his father-in-law at Jensen Manufacturing making cabinets and doing carpentry work. Eugene also farmed. They moved to Ellendale where he lived until the time of his death.

Marilyn and Eugene loved dancing and would always find places to dance on weekends. He also enjoyed playing Bingo, going to casinos, his apple trees and watching professional wrestling.

He is survived by his wife, Marilyn Kammerer, of Ellendale; two daughters: Linda (and Richard) Weckwerth of Geneva and Martha (and Mike) Jensen of Wichita, Kan.; a son, Craig (and Janet) Kammerer of Pine River; a sister, Maxine Wulf of Duluth; a brother, Roger Kammerer of Roanoke, Texas; five grandchildren; 12 great-grandchildren; and four great-great grandchildren.