Pension funds are in no way a coverup

I am writing in response to the opinion piece in the Tuesday, Jan. 24, Albert Lea Tribune by Al Arends of the Freeborn County Republican Party. Unfortunately, the article was riddled with errors. 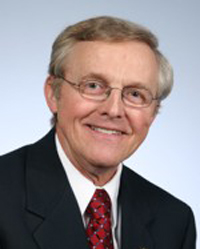 Arends asserted that the Minnesota public employees’ retirement plans are perpetrating some sort of coverup. The systems’ financial reporting actually is highly transparent. Each fund — the Teachers Retirement Association, the Public Employees Retirement Association and the Minnesota State Retirement System — issues an annual comprehensive annual financial report that goes into great detail on income and expenses, investment selection and performance, and benefit structure. The systems’ websites contain exhaustive financial data that anyone can view.

The three statewide retirement plans are managed by fund directors and boards of trustees who take their fiduciary responsibility to Minnesota taxpayers and public employees very seriously.

They continually monitor the funds’ health and the actuarial assumptions upon which they’re based. It is in that spirit of stewardship that the funds asked the Legislative Commission on Pensions and Retirement, also called LCPR, in 2009 for support in developing reform legislation to ensure that the state’s pension plans are sustainable for present and future retirees and a stable element of Minnesota’s economy.

It took extraordinary bipartisan effort at the Capitol and shared sacrifice on the part of active and retired public workers, but in 2010 a pension reform bill was passed that saves the state and local governments $5.9 billion and has already had a dramatic positive impact on TRA, PERA and MSRS. The funded ratios for all three systems have increased significantly.

As recently as 2007, MSRS was 99 percent funded and TRA was 93 percent funded. The losses that the systems experienced as a result of the severe downturn were no different from what other investors experienced.

The investment assumption rate, presently 8.5 percent in Minnesota and set in statute, is used to discount liabilities. Some states have gone to 8 percent. Although the Minnesota State Board of Investment has regularly bested 8.5 percent — logging 23.3 percent for fiscal year 2011 and 15.2 percent for 2010 — recent market volatility has raised concerns about the future outlook and whether 8.5 percent is too optimistic. Some believe pension fund investment returns should be held to more of a “risk free” rate of return — such as the Treasury yield, which is about 4 percent. The debate over what is an appropriate investment return assumption is largely a philosophical one between optimists and pessimists.

It is a common tactic by those who want to destroy the public employee pension system to use national data and news stories to distort reality. The writer cited USA Today as a source, but Minnesota is different from other states. Though the age is lower for retiring public safety workers, the normal retirement age in Minnesota has been 66 since 1989. Many other states whose pension funds are in trouble are just now raising their normal retirement ages. Minnesota’s funds have significant monetary penalties for retiring before age 66.

Without the modest pension that Minnesota’s public employees receive, many would be forced to rely on taxpayer-supported public assistance.

Minnesota can be proud of a public employee pension system that is low-cost compared to other states and proactive about correcting issues before they become problems. Critics of the state’s pension system should do their homework before airing opinions that are short on facts and long on incendiary rhetoric.

Curtis Hutchens is the presidents of Retired Educators Association of Minnesota.