Career day was a success 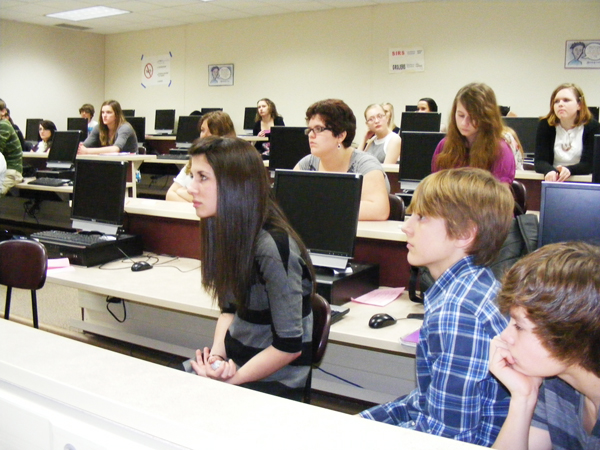 Learning about different careers can help students decide which electives to take in addition to their core classes, which is why Albert Lea High School has been hosting Career Day for eighth-graders for seven years now.

Lynn Keenan, a counselor at the high school for eighth-, ninth- and 10th-graders, said the school tries to host multiple speakers from six different career paths.

“I feel like I want to expose them to all the career paths because even though they might have an idea of what they want to do they might not realize other career areas have high vacancies in the future,” Keenan said.

“This was our seventh annual Career Day,” Keenan said. “Every year speakers come and share their passion and energy about their areas.”

Keenan said the event is an opportunity for students to learn about different careers, or to learn more about careers that already interest them. Speakers also recommend classes that will help a student work toward a specific career, which is why the event is held right before students need to register for classes.

Keenan said students mentioned in their thank you notes to the speakers that they hadn’t thought about which classes would help certain careers. Thank you notes also reflected that some students were surprised by some speakers and more apt to think more about that career further.

“We really want kids to be excited and making choices about the future and make sure that they’re not just simply landing jobs, but choosing a path,” Keenan said.

Students were told that by 2018, 70 percent of jobs in Minnesota will require post-secondary education, and that between 2008 and 2018, Minnesota will create 902,000 job vacancies from both new jobs and from retirements.

Students were also told that high-quality education and training is the best way to prepare for future jobs, and that traits most needed in employees are communication skills, analytical skills, computer and technical literacy and flexibility.