WELLS — Under the new district maps, state Rep. Tony Cornish is in the same district as state Rep. Paul Torkelson. 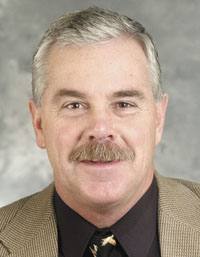 That leaves Republicans with a decision to make: Who should they nominate for state representative to run in the November election? Cornish resides in the rural Blue Earth County city of Vernon Center. Torkelson resides in St. James. Cornish is in his fifth term. Torkelson is in his second.

Cornish has been the representative for House District 24B, which took in two-thirds of Faribault County, three-fourths of Waseca County and all of Blue Earth County except for Mankato.

Torkelson has been the representative for House District 21B, which covers Brown County, southern Redwood County and northern Watonwan County to include St. James.

Under the new maps released Tuesday, Cornish and Torkelson both reside in House District 23B. It covers all of Blue Earth County except Mankato, three-quarters of Waseca County and two-thirds of Watonwan County.

The new shape looks more like Cornish’s district than Torkelson’s. Torkelson’s district was cut up into districts 23B, 16B and 22B. 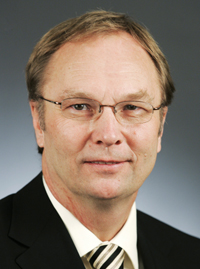 The most notable change for residents in the Albert Lea area is that Wells, Kiester and Walters will not be represented by Cornish next year. They will vote in November on House District 27A, whose incumbent is Rich Murray, R-Albert Lea, and Senate District 27, with the incumbent Dan Sparks, DFL-Austin.

The rest of Faribault County will fall into House District 23A. The area formerly had the designation 24A, whose incumbent is Bob Gunther, R-Fairmont. The incumbent District 24 senator is Julie Rosen, R-Fairmont. Her area will have the number 23.

Senate District 26, which covers the Owatonna and Faribault areas, and House Districts 26A and 26B will take the number 24, instead, but remain largely the same, except Rep. Patti Fritz’s district will take on four townships in Dodge County. Fritz is from Faribault but her district includes Ellendale.