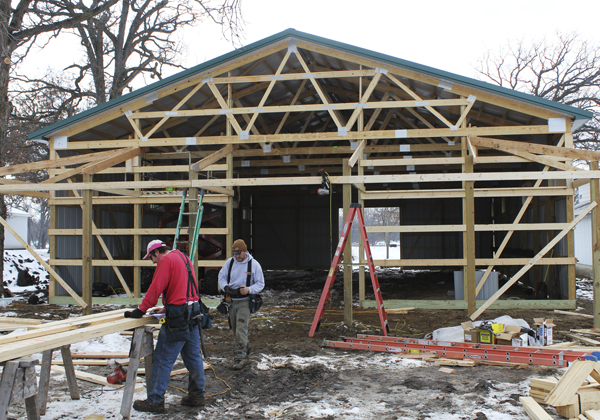 The Freeborn County Fair will debut a new face of conservation at the 2012 fair.

Construction is under way on a new Conservation Building to replace the existing building, which is more than 90 years old. 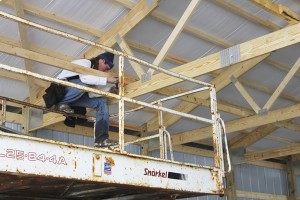 A man works on the truss of the pole barn that will become the new Conservation Building at the Freeborn County Fairgrounds.

The building will cost more than $40,000 and will house booths for various conservation clubs, such as the Fountain Lake Sportsmen, Pheasants Forever and the Minnesota Deer Hunters Association.

“It should be a really, really nice addition to the fair,” said Fair Board member Don Nolander.

The building is being build directly in front of the old Conservation Building. The old building will likely be torn down, but the decision is not final.

Along with the age of the current building, Nolander said said rain water often flows through the building, and it’s difficult to secure the building.

The new Conservation Building will debut with some extra help at the 2012 fair. The Minnesota Department of Natural Resources Wall of Shame, which shows illegally poached animals, will be on display Friday, Saturday and Sunday of the fair.

Nolander said the new building will make a fabulous addition to the fair.

“We’re just excited that it will be another great addition,” he said.