Newcomer to A.L. excited about theater 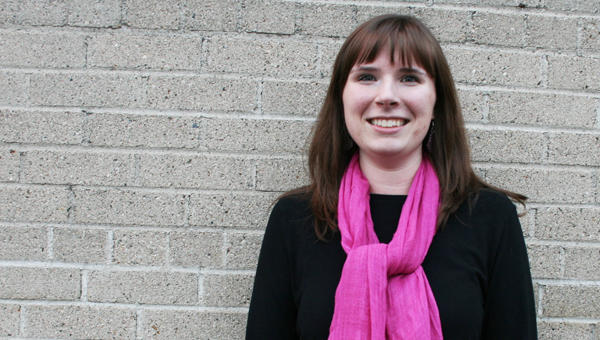 Jenika Boersma is a new teacher at Albert Lea Area Schools and hopes to be active in local theater. -- Kelli Lageson/Albert Lea Tribune

A 23-year-old woman who moved to Albert Lea in September has started to get involved in local theater and is excited to do more of it in the future.

A fellow teacher at Hawthorne recommended Boersma get involved in the Albert Lea Cantori after Boersma was asking about singing opportunities in the area.

“I told her I need to sing,” Boersma said with a laugh.

At a Cantori practice, Boersma met Sue Jorgenson who talked to her about auditions for “Winnie the Pooh: A Christmas Tale” with Albert Lea Community Theatre. Boersma auditioned and got the role of Piglet.

Boersma has been in church musicals and plays in high school and college.

“I haven’t had a huge amount of experience,” Boersma said.

She said the auditioning process in Albert Lea was much less intimidating than it was in larger cities. Boersma said people who are attracted to theater are very fun and she’s glad to have met some people in town through the theater. She hopes to be active in the arts scene more in the future.

Outside of working at Hawthorne and her hobby of acting, Boersma enjoys exercising, interpretive dance, watching movies, reading books and playing the piano.