Shirley Anne Hatleli, 76, of Albert Lea, passed away Sunday, Feb. 26, 2012, at the Mayo Clinic Health System in Albert Lea. She had requested no memorial or funeral service, but we hope that those who knew her would celebrate her life in your own way. 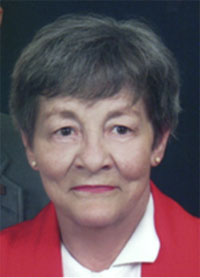 Shirley was born March 26, 1935, in Albert Lea to Willis and Ellen Kaufmann. She grew up and spent her life in Albert Lea. On Dec. 10, 1960, she was united in marriage to Clayton Hatleli. They resided in Albert Lea where Shirley worked at Bob’s Lanes, The Elbow Room, Truckstop and Thorn Crest. She enjoyed golfing, bowling and she even played softball for a few years. She taught Junior bowling for many years and celebrated many honors through bowling.

She was preceded in death by her parents, Willis and Ellen; her sister, Marilyn; and two brothers: Sonny and Robert.