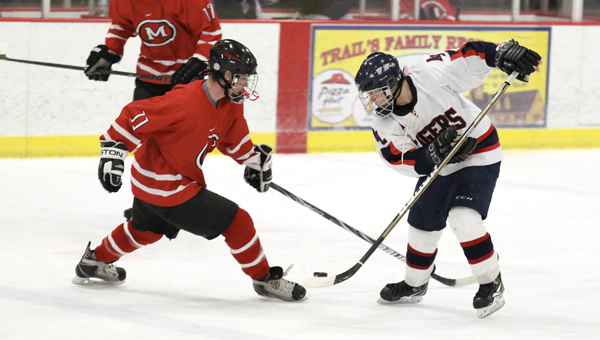 “We’re kind of in a funk here,” Tigers coach Roy Nystrom said. “There’s no doubt about it.”

With the exception of two goals, the rest were scored while the teams were on a power play or short-handed. Albert Lea scored both of their goals on power plays. West scored two short-handed goals and two power-play goals.

“When we’re on the power play, if we don’t play as hard as we possibly can, their quickness is going to take advantage of us,” Nystrom said. “That’s how they got those two short-handed goals. We were sleeping on a couple of them.”

Albert Lea’s Lucas Peterson scored the first power-play goal for the Tigers in the second period with only 41 seconds remaining. He was assisted by Andrew Thompson. 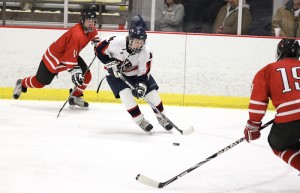 The Tigers’ second and final goal came from Eli Malimanek on a power play in the third period with 6:40 remaining. Malimanek was assisted by Peterson and Cody Haaland.

West’s Tyler Resner and Max Mettler each received five minute penalties in the second period for boarding. Boarding is called when a player is violently pushed or checked into the boards and was increased to a major penalty on Jan. 14. The severity of the penalty was changed after Jack Jablonski, a Benilde-St. Margaret School sophomore severed his spinal cord after being checked into the boards during a game in December.

During the combined 10 minutes Resner and Mettler were in the penalty box, the Tigers were only able to score once.

“We’re going to have to score a lot of goals in order to win,” Nystrom said. “We have to play a little bit better defense and a little smarter hockey in order to compete.”

The Tigers outshot the Scarlets 29-26, but only two made it into the net.

“Those aren’t enough goals to win,” Nystrom said. “We’re getting down to the nitty-gritty. Usually our teams are characteristic of jelling at the end of the year. This is going to be an exception because we certainly aren’t.”

Nystrom said he was expecting a better game against the Scarlets after the Tigers lost to Rochester Mayo 4-2 on Saturday.

“It’s been a rough stretch and it’s going to get rougher,” Nystrom said.

The Tigers play at Rochester Lourdes on Thursday at 7:30 p.m.