Valeria Jane (Humburg) Cunningham died Jan. 26, 2012, at the Hospice House on Midway Road, Ft Pierce, Fla., lovingly surrounded by her family. She slipped away peacefully to the tunes of one of her favorite musical groups, Peter, Paul and Mary. 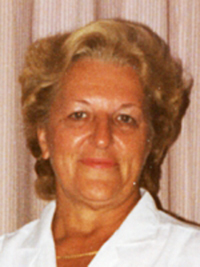 She was born on Jan. 21, 1935, on her grandparents’ farm in Blue Earth, and grew up on her father’s farm in Ellendale. She was the third of Fred and Tina Humburg’s seven children: JoAnn, Robert, Valeria, Lowell, Verdel, Carole and Steve. She graduated from high school in 1953 from Ellendale Consolidated School.

Sometime later Valeria left for Washington, D.C. where she secured a job in the secretary pool at the Federal Reserve System.

Valeria transitioned from being a homemaker to working mother of four at various jobs in the area and settled at Tropicana, Fort Pierce, where she worked for 15 years as a blend deck operator and tanker loader. She retired in 2001.

She was predeceased by her parents, Fred and Clementine “Tina” (Renkley) Humburg, her sister, JoAnn Ramsey; and her brothers: Robert Humburg and Steve Humburg.