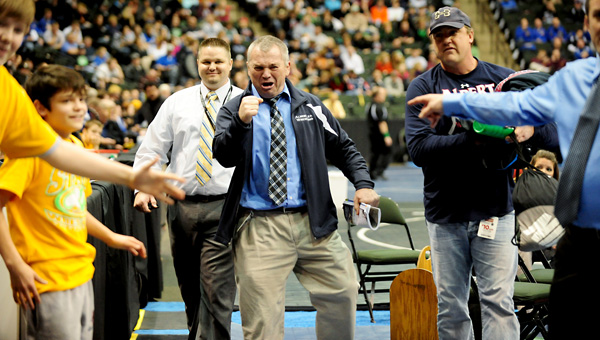 ST. PAUL — Albert Lea’s Bryce DeBoer became the third Tigers wrestlers on Saturday to reach the state finals with a dramatic upset of No. 2-ranked Corey Anderson of Shakopee.

DeBoer led Anderson 2-1 after the first period but fell behind 4-3 after Anderson scored a takedown with 15 seconds remaining in the match. DeBoer went down when the wrestlers reset and quickly escaped and notched a winning takedown with seven seconds left.

DeBoer will face sixth-ranked Gjullian Flemister-King of Champlin Park in the finals, which begin at 7:30 tonight.

No. 1-ranked Trevor Westerlund reached the finals at 106 pounds with a 10-4 win over East Ridge’s Reid Lyden and will face Apple Valley’s second-ranked Maolu Woiwor in the state finals.

Hable pinned White Bear Lake’s Tommy Longendyke in one minute and 33 seconds in the 170-pound semis. Hable will face top-ranked Kyle Begin of Anoka in the finals.