Ann J. Jacobsen, 56, died at her home in rural Austin, after a two-year battle with pancreatic cancer, on Saturday, March 3, 2012. 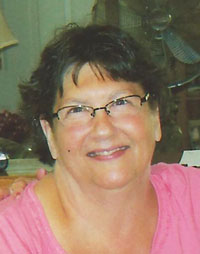 Ann was born July 23, 1955, in Austin to William and Jean (McKinney) Friedrich. She graduated from Austin High School in 1973 and attended a year at Riverland College. She married Stephen Jacobsen on March 30, 1974, at Our Savior’s Lutheran Church in Austin. She worked at Wells Fargo Bank for 37 years, 20 of which were in the drive throught, and then the next 17 years as lead teller.

Ann was a member of Our Savior’s Lutheran Church. She enjoyed gardening, “pretend camping” with family, weekends away with the “Volleyball Girls,” watching her grandson play hockey and soccer and spending time with her family and friends.

She was preceded in death by her mother, Jean Friedrich, and her father-in-law, Gus Jacobsen.

A memorial service will be at 11 a.m. Friday at Our Savior’s Lutheran Church with the Rev. Karen Behling officiating. Visitation will be at Clasen-Jordan Mortuary from 4 to 7 p.m. Thursday and at the church on Friday for one hour before the service. Honorary bearers will be Ruth Chamberlain, Mary Tufte, Bev Nordby, Cindy Fuhrman, Janelle Solberg and Jean McDermott.