Challengers emerge in Dist. 27A

Two area residents have announced their intent to run for the District 27A House of Representatives seat, an office held by Republican Rich Murray.

William Wagner of Geneva — who ran for the seat in 2008 in the DFL primary against Robin Brown — said he intends to seek the office a second time. He is still determining whether to run as a DFLer or an independent.

Former Wells Mayor Shannon Savick also announced her intent to run for the DFL Party during a county DFL convention earlier this month. The new District 27A map brings in the eastern tier of townships in Faribault County, to include Wells, Kiester and Walters.

The DFL Party will endorse Wagner or Savick on April 29 at the district’s endorsing convention at the Union Center. Voters will decide which advances as the DFL candidate in the Aug. 14 primary election.

The two candidates have varied backgrounds and reasons for running for office.

Wagner, 43, who has lived in Geneva for about eight years, is the owner of a small hobby farm with goats, pigs and one cow.

He lives with his girlfriend, who has one child.

Wagner said he has previously served on the city council in New Market, along with the planning and zoning commission there.

“I’d just like to make a difference,” he said.

He said he is also a promoter of better education. A photo of Wagner was not available. 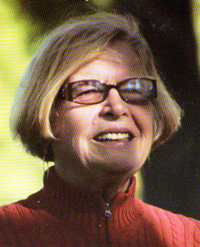 Savick, who has lived in Wells for five years, was formerly on the Wells City Council.

She has a bachelor’s degree in math and physics and a master’s in business administration. She worked in the computer industry for 28 years.

She declined to give her age. She said she is retired.

She was elected as mayor in Wells three years ago but said she decided not to seek re-election because she planned to run for the Legislature. She planned to run in District 24B against incumbent Republican Tony Cornish before the districts were reorganized. The decision came after she saw firsthand while serving in local government in Wells how the Legislature’s decisions can affect small communities.

“I was sitting there watching the Republican majority making all their cuts to the middle class and poor people,” she said.

She questioned what cities on a fixed budget were supposed to do. Were they supposed to not support the fire or police departments or not provide services such as plowing the roads?

Savick said she believes in the importance of investing in education because having skilled workers is what will attract high-tech companies.

“I think I’ve got an excellent background to be a state representative,” she said. “I understand the challenges local government has had to face because I’ve been there, but I also understand where technology is taking us.”

Savick is married and has one adopted son.