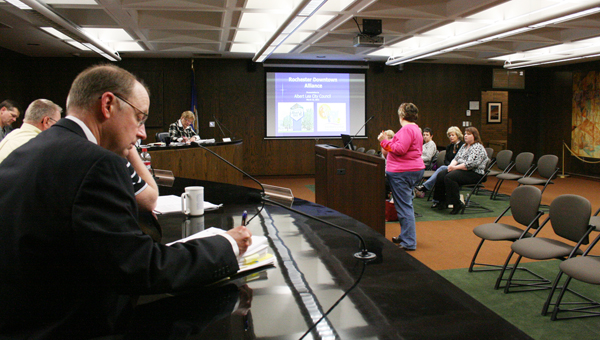 The last major improvement to the Albert Lea City Council Chambers was completed Thursday with the installation of new energy-efficient fluorescent lighting. 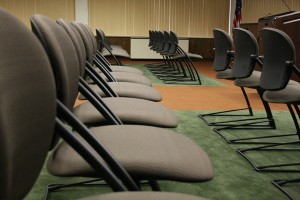 New movable chairs sit lined up in the Council Chambers at Albert Lea City Hall on Thursday. They replaced fixed chairs that had been in place since the 1960s.

Instead of the large circular light fixtures mounted in square boxes across the ceiling, there are now four rows of fluorescent lights. The lights have a dimming feature that can be used during presentations.

The upgrade is one of the most notable of the renovations in the room made during the last few months.

Other improvements include the following:

• Removing the fixed chairs and railing at the front of the room. 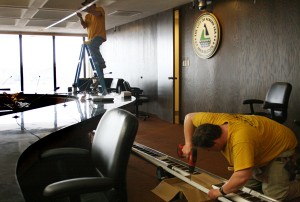 • Patching the carpet underneath where the fixed chairs were mounted.

• Purchasing 36 new moveable chairs, along with tables and a podium.

• Installing a new projector and screen.

Roche said other than adding a whiteboard and shades for the windows, these are the first improvements made to the chambers since 1967 when City Hall was constructed. 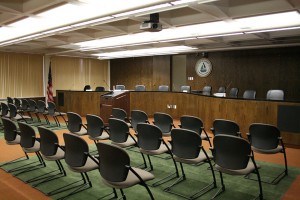 Renovations at the Albert Lea City Council Chambers include new seating, light fixtures and lighting, among other improvements.

Aside from the long-term energy savings, the renovations have brought several other benefits as well.

Roche said he has heard many positive comments about taking out the railing in front of the seating area and about getting new seats.

“The old seating, it was uncomfortable,” Roche noted. “It was squeaky. There was no flexibility.”

The new seating also gives the room much more flexibility for workshops and other meetings. The tables purchased can be set up in different formats to allow for various meetings. 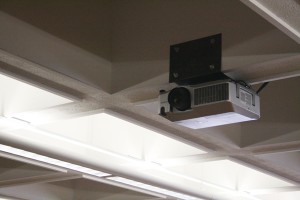 A new projector and screen were installed in the Albert Lea City Council Chambers as part of the renovations.

“Before, it was forced to be fixed seating and had very little use other than the City Council,” Roche said. “This will make it more user-friendly and will allow for more use.”

The new projector and screen will allow for higher-quality presentations and will have direct feed to the on-air broadcast of council meetings.

Outside of the Council Chambers, there has been the installation of occupancy sensors in the atrium of City Hall and new LED lighting installed outside the building.