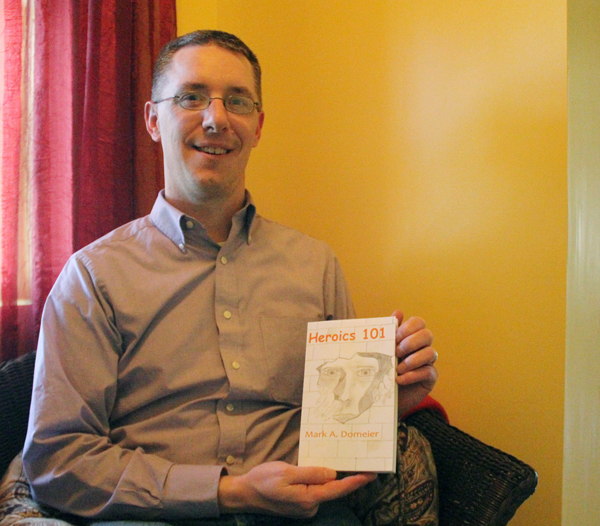 A teacher at New Richland-Hartland-Ellendale-Geneva was lucky to have help from his students when writing his first published novel “Heroics 101.”

Mark Domeier teaches English to students in junior high. He’s lived in Ellendale for 13 years and taught for 16 at NRHEG. 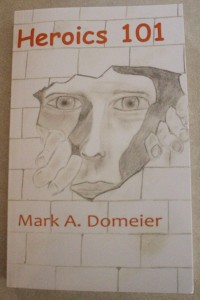 The idea to write a novel came about because he has his students celebrate National Novel Writing Month each November. The idea is to set a word count goal — Domeier’s was 50,000 and he exceeded it.

“When I got going it was hard to stop,” Domeier said.

He said he’s got plenty of ideas for books and stories that come to him at different times. The idea he chose to expand on was two youngsters who learn that they’re superheroes and then go about trying to learn how to be a good hero. The two good friends don’t know that the other is a superhero.

“They both take on heroic activity without the other knowing,” Domeier said.

After he finished the first draft he let his students read through it. He said they had great suggestions for which parts were confusing, and the biggest change they had was in the title. Domeier had wanted to call it “Passing Lane,” and they didn’t think it incapsulated what the book was about.

“The initially said the flashbacks were confusing too,” Domeier said.

With help from his students he was able to come up with a draft that he was happy with and was ready to publish. He said it was a lifelong dream to have a book published, and while he started by sending it to publishers he couldn’t get any responses. He also tried contacting agents with no luck. That’s when he decide to self-publish. It’s easy to do so with sites like Create Space, which Domeier used.

“It was always one of my bucket list things to publish a book,” Domeier said.

He said that while the book is about superheroes and targeted to young adults, it would be a fun read for anyone. He also has a rough draft of a sequel done, and it’s possible that he’d publish that as well.

“I wanted them to grow and change,” Domeier said.

He said in the second book it’s focused more on one of the two main characters, while the first book is more focused on the other main character. He enjoyed the chance to explore both characters more but also said it was hard to write about the same people.

The book is for sale for around $8 at www.createspace.com or at Amazon.com. Domeier also said he has copies he can sell, and people can reach him at 507-417-2647. Little Professor in Owatonna also has the book on its shelves.