Funeral services for Dale Norman Mangskau, 81, of Albert Lea, will be held at 11 a.m. Friday at Salem Lutheran Church. The Rev. Mark Niethammer will officiate. Interment will be at Hillcrest Cemetery. Visitation will be from 5 to 7 p.m. Thursday at Bayview/Freeborn Funeral Home and one hour prior to the service at the church. To sign the guest book, go to www.bayviewfuneral.com. 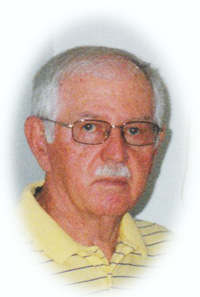 Dale died peacefully Monday, March 19, 2012, at his home surrounded by his family.

Dale Norman Mangskau was born on June 7, 1930, to Norman and Marcella (Donahue) Mangskau in Albert Lea. He graduated from Albert Lea High School in 1948. Dale enlisted in the United States Armed Forces, serving for 33 years. He served in active duty during the Korean War and then continued in the National Guard, retiring in 1982 as colonel. On Sept. 1, 1949, Dale was married to Beverley Haugen Nelson in Albert Lea. On July 30, 1966, Dale was united in marriage to Patricia Lampman Brech. Dale worked as the assistant general manager of operations at Freeborn Mower Coop Services for 44 years. He was a member of Salem Lutheran Church, American Legion, Eagles, Moose Lodge and Clover Leaf Lions. Dale was a very active member of the community, serving on the board of directors for Freeborn/Mower Coop Service and Dairyland Power Coop, as president of the Hillcrest Cemetery board and was also a Red Cross instructor and instructor trainer. Dale enjoyed camping, fishing, visiting with family and taking naps with Sir Benson. He was a devoted husband, father and grandfather and will be dearly missed by all including his dog, Sir Benson.

Dale was preceded in death by his parents, Norman and Marcella Mangskau and stepson, Mark Brech.