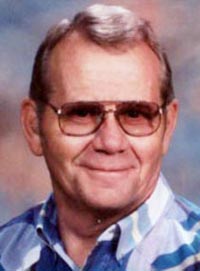 A funeral service for Gene will be held 2 p.m. Saturday at the Emmanuel Lutheran Church, 307-4th Street, Grafton, with the Rev. Barbara Wills officiating. Following the service, military honors will be accorded at the church by members of “Our Buddies” VFW Memorial Post No. 6779 of Northwood. According to his wishes, cremation will take place following the funeral service with inurnment at 1 p.m. Monday in the Sunset Rest Cemetery in Northwood. Visitation will be held from 4 to 7 p.m. Friday at the Conner Colonial Chapel, 1008 First Ave. South, Northwood. Visitation will also be held one hour prior to service time on Saturday at the church.

The family would like to suggest that if friends desire, memorial contributions may be made to the Sunset Rest Cemetery Memorial Fund in care of “Our Buddies” VFW Memorial Post No. 6779, in Northwood.

Gene Conrad Weitzel was born on March 31, 1932, in Wells, the first of 11 children, the son of Conrad “Tony” and Berneice (Genke) Weitzel. Gene attended Hayward Country school and Mason City schools. Gene joined the Army at the age of 17, on March 18, 1950, and served in the infantry during the Korean conflict and received the Purple Heart. He also served in the Vietnam conflict, receiving the Bronze Star Medal for keeping the air field at Bien Hoa operating under adverse conditions. Gene also served two tours of duty in France with pipeline companies. His family was with him on these tours and three of his six children were born in France. Upon retiring from the Army on June 30, 1970, Gene accepted the position of chief of police in Northwood. He also held various jobs over the years to include security guard at Winnebago Industries, high school custodian, sheriff of Worth County, factory work and custodian at the post office. His favorite job was custodian of Northwood-Kensett High School. He loved the kids and took pride in “his” clean building. Gene was very active in VFW and was past commander and quartermaster. He was also active and a member of Peace Lutheran Church and knew God as his Savior.

Gene met the love of his life Verna Kalvig a cute WAC at Ft. Riley, Kan., and after a whirlwind courtship of three months, they were married on May 3, 1952, in the post chapel.

Gene loved life, his wife of 59 years, and his six children and their families.

Gene was preceded in death by his parents, Tony and Berneice Weitzel; four brothers: Donald in infancy, Billiy Dean, John and Robert; his sister, Marie; and one great-grandson, Courtland.