The funeral service for Janet Louise Heilman of Albert Lea will be at 10 a.m. Saturday at First Lutheran Church, Albert Lea. The Rev. Dan Baker will officiate. Interment will be in Lakewood Cemetery. Visitation will be from 4 to 7 p.m. Friday at Bonnerup Funeral Service, Albert Lea, and one hour before the service at the church. Memorials preferred to First Lutheran Church Peace and Power or the new south entrance fund and all others should be sent to Jason Heilman, 1120 Madison Ave., Albert Lea, MN, 56007. 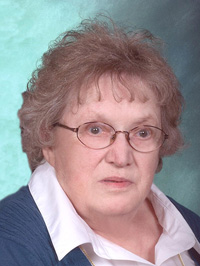 Janet was born Jan. 29, 1939, in Albert Lea, to Clarence and Catherine (Head) Boelke. At the age of 5, she moved to Gordonsville and then at the age of 10 she moved back to Albert Lea. She graduated from Albert Lea High School in 1958. Janet married Nile Heilman on May 15, 1971, at the First Lutheran Church, Albert Lea, where she was a lifetime member. She also belonged to the First Lutheran Church Women and for a combination of 20 years, she served the church with the Sunday school program as a teacher and secretary. From 1965-1971 Janet worked as a nursing assistant for St. John’s Lutheran Home and from 1971-1986 for Skyline Supper Club and Greenery. Janet also was an Avon representative for many years and enjoyed selling and collecting Avon products. She had a passion for going shopping and going out for meals. She was a member of TOPS morning group. Janet enjoyed photography, socializing and visiting, reading, fishing and doing word finds. Janet’s favorite holiday was Christmas. She made that time become a magical experience. Her favorite phrase was “Oh we will get some more anyway,” even when Nile said there was enough. She especially enjoyed being with her family and was considered the information source for her family history and the memory person for the whole family.

Janet is preceded in death by her parents: Clarence and Catherine Boelke; brother, Roger and his wife Zetta Boelke; father and mother-in-law: Merle and Lillian Heilman.