The funeral service for Joan V. Kuth of Albert Lea will be held at 11 a.m. Saturday at St. Theodore Catholic Church in Albert Lea. The Rev. Timothy T. Reker and Deacon Mike Ellis will officiate. Interment will be in the St. Theodore Catholic Cemetery. Visitation will be from 4 to 8 p.m. Friday with a prayer service at 7:30 p.m. at Bonnerup Funeral Service in Albert Lea, as well as one hour prior to the service at the church. In lieu of flowers, memorials are preferred to Albert Lea hospice or the American Cancer Society. 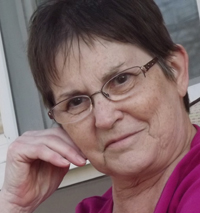 Joan was born August 31, 1946, in Faribault, to Duff E. and Marceline L. (Perrizo) Davidson. Joan received a Bachelor of Science degree in education from Mankato State and her master’s degree from the University of Minnesota, Rochester. She was married to Tom W. Kuth from March 20, 1970 to 1985. Joan was a teacher for 32 years in the Albert Lea School District, and after retirement she taught Sunday school and was a Title I teacher at St. Theodore Catholic Church where she was a member. Joan also belonged to the Albert Lea Education Association, was Albert Lea’s Teacher of the Year in 1999, and an honorary chairwoman for Freeborn County’s Relay for Life in 2010. She enjoyed the outdoors, theater, the church community, reading, playing cards, doing word finds and jigsaw puzzles. Joan’s family was her number one love and she had a very strong faith.

Joan is preceded in death by her parents, Duff and Marceline Davidson.