Man gets 4 years for child abuse

An Albert Lea man was sentenced to four years in prison Monday for sexually abusing two children over a five-year span. 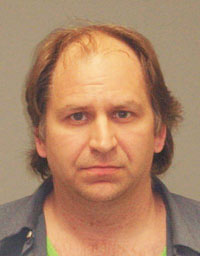 According to online court records, Freeborn County District Court Judge Steve Schwab sentenced Allen Ross Camerer, 42, to serve 36 months for one count of second-degree criminal sexual conduct and 48 months for a second count. The sentences will be served concurrently.

Camerer will get credit for six days already served.

Camerer pleaded guilty in November to the two counts as part of a plea agreement between his lawyer and the Freeborn County Attorney’s Office.

The plea was classified as an Alford plea in which the defendant maintains his innocence but recognizes that the prosecution has enough evidence to convict, usually of stiffer penalties.