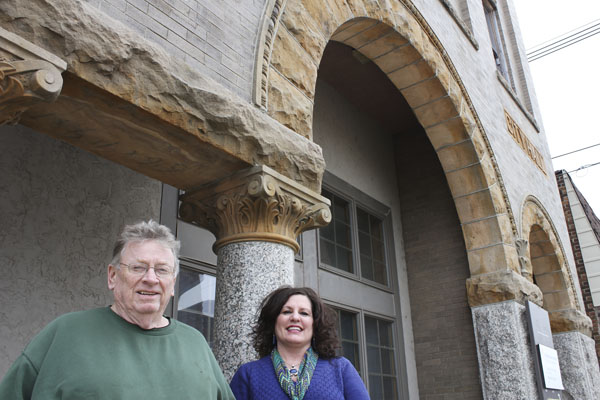 Hugh O’Byrne and Pam Schmidt stand in front of the Century 21 office on Friday. Schmidt will continue being a real estate agent with Coldwell Banker. -- Tim Engstrom/Albert Lea Tribune

After more than 40 years of selling real estate, Hugh O’Byrne is hanging up his hat.

That means his real estate business is closing, too. 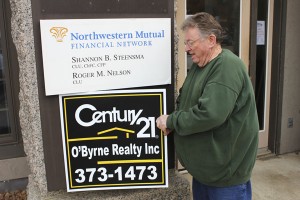 Since then, Albert Leans have seen the brown and yellow Century 21 signs all over the city.

O’Byrne said he had enjoyed selling homes and meeting people through his career — “It’s still satisfying to make a deal,” he said — but recent years have been tough for the real estate market.

He wasn’t able to sell his real estate office, at 200 N. Broadway Ave. in the former Albert Lea City Hall. His auctioneering business will continue. He won’t be selling or listing houses, but he will retain his real estate license so he can continue to sell lots at the Wedgewood Cove and Sundance subdivisions.

Realtor Pam Schmidt will join the team at Coldwell Banker. Phiz Olson and Chris Vogt still will have realty licenses.

O’Byrne said he also will enjoy more time with his hobbies, such as monkeying with old tractors and taking his boat out.