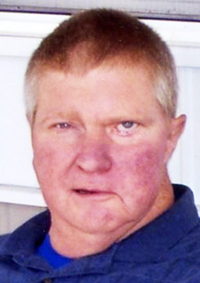 Ricky died at his home surrounded by friends and family on Wednesday evening, March 7, 2012, following a courageous battle with cancer. He was 55.

He was born on Jan. 29, 1957, in Albert Lea, the son of Walter and Veva (Sayles) Amundson Ricky was baptized at Round Prairie Lutheran Church and confirmed at First Lutheran Church in Albert Lea. A graduate of Albert Lea High School, Ricky also completed the diesel mechanic program at Albert Lea Vo-Tech. He had been employed by Schultheis Oil and had been employed by Sanderson Auto for the past 21 years. He was a member of the Eagles Club. Ricky enjoyed watching NASCAR racing, fishing and trips to Alexandria, working on cars, but mostly spending time with his grandchildren.

He was preceded in death by his parents, Walter and Veva Amundson, and his father-in-law and mother-in-law, Wallace and Florene Johnson.

Ricky will be fondly remembered for his happy-go-lucky spirit and his ability to always make the best of things.