Memorial services for Shirley June Raatz, 68, of Albert Lea, will be held at 3 p.m. Sunday at the Abundant Life United Pentecostal Church. The Rev. Nathan Thompson will officiate. Interment will be at Graceland Cemetery. Visitation will be one hour prior to the service. To sign the guest book, go to www.bayviewfuneral.com. 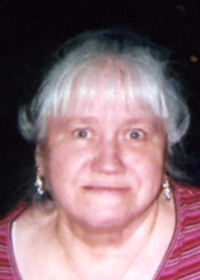 Shirley June Raatz was born on April 23, 1943, to Harvey and Clara (Fowler) Kent at Winnebago. Shirley went to school in Winnebago, Delavan and Blue Earth. Shirley married LaVaine Raatz on June 4, 1961, at Zion Lutheran Church in Lewisville. To this union four sons were born. Shirley was a homemaker most of her adult life. She lived in Madelia from 1976 to 2007. After her husband passed away she moved to Albert Lea to be closer to two of her four sons. Shirley enjoyed spending time with her family, especially her grandchildren.