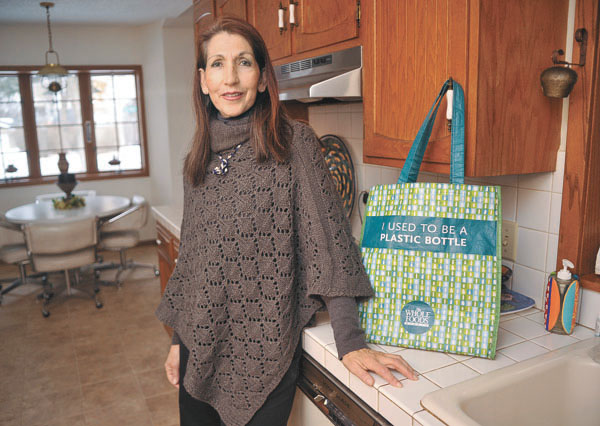 Albert Lean Clemencia Gujral always considered herself in tune with Mother Nature. She was environmentally conscious and she knew from a young age how to live with less.

It wasn’t until she noticed some of the waste coming from her own life that she started a personal journey to implement change. 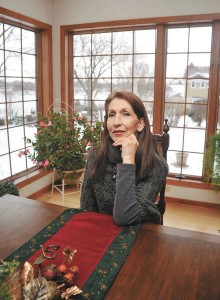 Clemencia Gujral looks at each day and each decision with a conservationalist’s mind, ensuring she leaves a green footprint wherever she goes.

“We consume so much that is not necessary,” Gujral said.

She started practicing the basic principles of reducing, reusing and recycling, and she was amazed with what resulted. She became hooked and wanted to do more.

“Every little thing we recycle is one less thing nature has to deal with,” she noted. “Everything we do is related to nature.”

Now, about 20 years later, the 62-year-old makes conservation a major part of her life.

In fact, she keeps it in mind for most decisions she makes — down to what she chooses to eat, where she chooses to shop and how much driving she does.

She’s called catalog companies to have her name removed from mailing lists if she receives catalogs not printed on recycled paper and has talked with owners or managers of local restaurants about eliminating the use of Styrofoam containers.

She no longer drives on Tuesdays and Thursdays each week, which forces her to plan her trips in advance. Gujral even takes her passion a step further by seeking opportunities to educate others about the effects of their choices.

She wants people to know it is possible to enact change.

“Most people feel it’s not going to make a difference, but little by little it makes a difference,” she said.

“I never saw that,” she said. “When I came to the states and saw all of that, I was turned off. Seeing all of that throw-away culture, it hit me.” 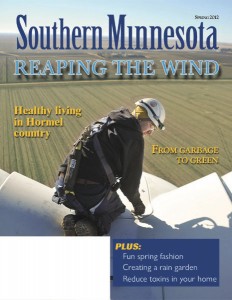 Available now -- This is just one story available in the Spring 2012 issue of Southern Minnesota, now available at many places around Albert Lea, including the Tribune building. Visit www.southernminnesotamagazine.com to view past issues.

The U.S. was a vastly different place to live. What was worse, Gujral either didn’t have or couldn’t find many recycling options.

With a few more years of experience, two daughters and two grandchildren, she realizes taking care of the earth is something that needs to be done on a worldwide scale.

“Everything I do is not just for my family, but it’s for every child on earth,” she said. “We have to be global. We need to care of everybody because if we do something wrong, it has ramifications all over the world.”

Those ramifications struck a chord when she took a trip to Belize about five years ago.

She had visited the country when she was younger and remembered the beaches and water there as paradise. That’s why she was so dismayed when she returned.

There were bottles strewn about and bags washed ashore, and the setting was anything but the perfect image she stored in her memory.

“You really feel that nature is so sad,” she said. “It just looked so sad to see the shore with all this garbage, plastic bags and bottle caps.”

Gujral tries to share her passion of taking care of the world with anyone who will listen.

Within the last five years, she tried to collect enough signatures to make Albert Lea a “green city.” She walked door to door, collecting hundreds of names and statements from people who were on board, but nothing ever came of it.

She also talked to a group of high school students about her efforts, though there wasn’t any concrete action from the group.

Though Gujral sometimes gets frustrated that her efforts may be slow in the making, she knows things happen for a reason. She also knows that every little bit helps, and each item she recycles will be one less piece of washed-up trash on a shore somewhere.

“It’s doable,” Gujral said. “It’s not impossible. If everybody did it, little by little, we can make a difference.”