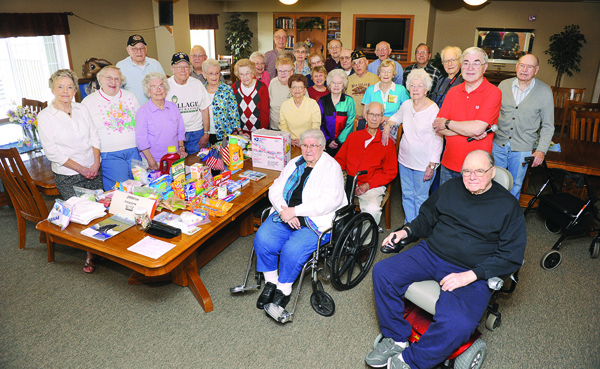 Residents of the Village Cooperative have been actively involved in Operation Minnesota Nice, an effort to get soldiers serving overseas in the smallest of luxuries.-- Eric Johnson/Albert Lea Tribune

AUSTIN — The members of Austin’s Village Cooperative know almost nothing about Spc. Duane Richard, who is currently deployed with the National Guard, but that doesn’t mean they can’t be nice to him. 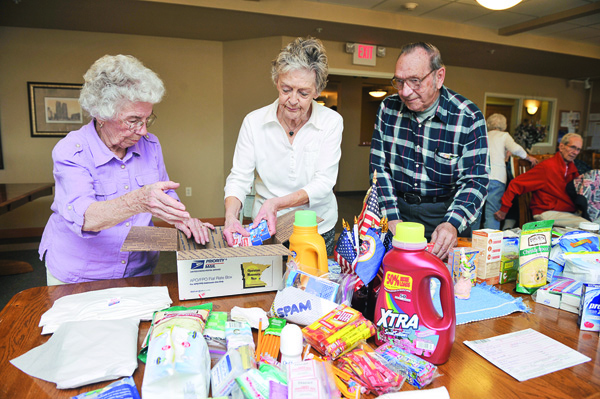 “You have to imagine what it would be like to be 20 years old and be in that situation and not receive mail or gifts,” said Judy Brown, a member of the co-op. “It would be heartbreaking.” 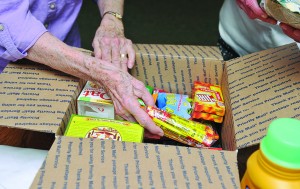 Residents of the Village Cooperative pack a care package for dilverary to soldiers overseas as part of Minnesota NIce Wednesday morning.

“They are extremely generous because they have been over there, and they know what it’s like to not get anything,” Brown said.

Others have grandchildren who are in the military. However, experiencing combat or knowing someone who has is far from a requirement. Take Elaine Little for example, whose grandson was deployed with the Navy in the past.

“Even if I didn’t have a tie, I would think it’s important,” she said. “They are doing a wonderful job, and they need to know we care.”

“One of the biggest requests is jerky,” Brown said. “They love jerky.”

Village Co-Op members aren’t quite sure from where in Minnesota their newest recipient is, if he likes jerky or where he is stationed overseas, but they will find out soon. Though jerky is popular, attention may be even more popular. So like her daughter, Brown wrote a letter. She’s written a lot of them; she always does.

“I write one with every box that goes out,” she said.

Though Brown admits she doesn’t always know what to talk about, she knows she is writing to Minnesota soldiers. Weather is always a good topic. Community or statewide events, charities and schools seem to be other good topics. Brown repeatedly hears how most soldiers receive no mail or letters, but soldiers who do experience a little morale boost and enjoyment. Brown shares that feeling, and she’ll likely have more letters prepared next month when the Village Co-Op sends out another shipment.

“I really enjoy doing it,” she said.