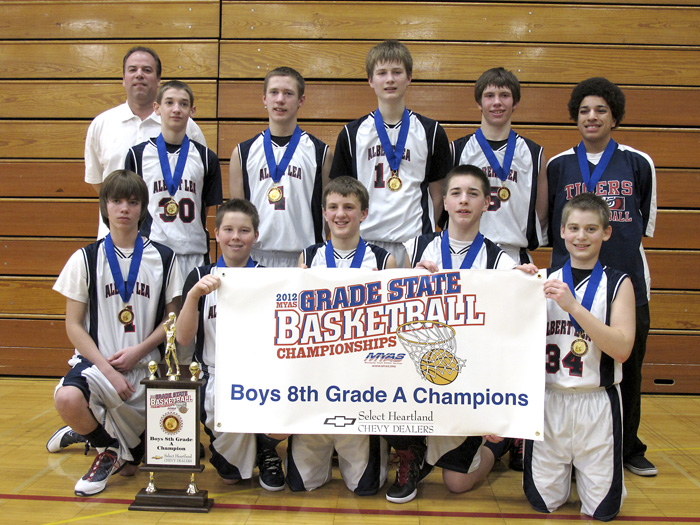 In their first game, Albert Lea played White Bear Lake and held them to just eight points in the first half. In the second half, the Tigers won 40-24.

In their second game, the Tigers played Eastview. Leading 29-13 at the half, the Tigers won the game 45-20.

In the semi-finals, Albert Lea was up against Kennedy. Kennedy proved to be more of a challenge as the Tigers lost the lead in the second half. Fighting back, the Tigers tied the game 25-25. In overtime, Kennedy made a 3-point play, but the Tigers were able to score off of two layups and two free throws for a 30-28 victory.

For the championship, Albert Lea took on South St. Paul. The Tigers trailed in the first half by 12 points. The Tigers were able to step up their defense and at one point had a five-point lead.

South St. Paul caught up again leaving the Tigers trailing by one point with 10 seconds to go in the game.

The Tigers finished their season with 15 wins and 13 losses.

Prior to winning state, they took second at the Albert Lea Invitational and the Fairmont Classic.