Memorial services for David Aaron Cady, 51, of Mission Viejo, Calif., will be held at 11 a.m. Saturday at Bayview/Freeborn Funeral Chapel. Deacon Mike Ellis will officiate. Interment will be at St. Theodore’s Cemetery. Visitation will be two hours prior to the service. To sign the guest book, go to www.bayviewfuneral.com. 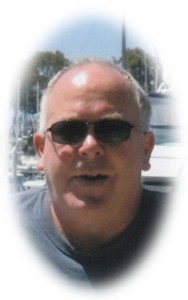 David Cady was born on Nov. 24, 1960, to John and Mary Jane (Seelhammer) Cady in Minneapolis. David was confirmed at St. Theodore’s Catholic Church and graduated from Albert Lea High School in 1979. While in high school David was the captain of the wrestling team. He also enjoyed playing softball through the years. He went on to Mankato State University earning his degree. David was employed with GE Financial. He was a huge Minnesota Twins fan and enjoyed ocean fishing and any outdoor activities. David treasured the time spent with his family. He will be deeply missed by all.

David was preceded in death by his grandparents and mother Mary Jane.