Funeral services for Harold Edwards, 82, formerly of Hollandale, will be at 1:30 p.m. Saturday at the Hollandale Conservative Congregational Church. The Rev. Joshua Edwards will officiate. Interment will be at Hollandale Cemetery. Visitation will be from 5 to 7 p.m. Friday at Bayview/Freeborn Funeral Home and one hour prior to the service at the church. To sign the guest book, go to www.bayviewfuneral.com. 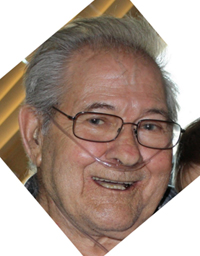 Harold Edwards was born on Feb. 15, 1931, in Riceland Township to Bert and Eva (Aartsen) Edwards. He grew up and attended school in Hollandale. Harold married Betty Johnson on June 26, 1949, in Albert Lea. Harold farmed for more than 30 years and also was employed at Streaters as a forklift operator. Harold was a member of the Hollandale Conservative Congregational Church and also served on the Hollandale Volunteer Fire Department. In their retirement, Harold and Betty enjoyed traveling. They resided in Colorado, Texas, Arizona, and eventually settled in Lake George. Harold loved boating and riding his ATV. He also enjoyed tinkering in his shop, operating heavy machinery and mowing his yard. Mostly, Harold treasured time spent with his children and grandchildren. Blessed be his memory.