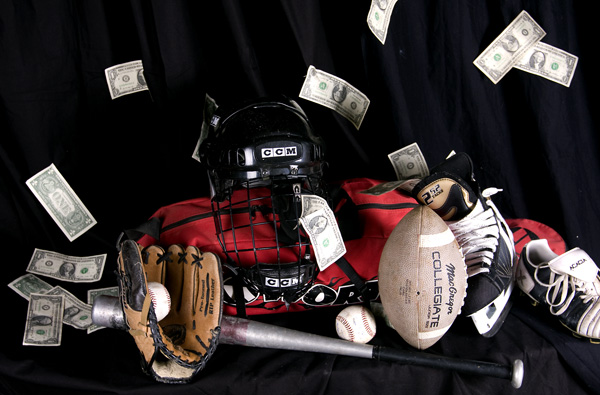 The money found in big-time pro and college sports is not found in youth sports or in recreational adult sports.

As an investment in today’s youth and their future, businesses such as Mayo Clinic Health System Albert Lea and Minnesota Corrugated Box Inc. donate their time and money to sports teams and sports clubs.

According to Patti Haried, director of community relations and marketing at Mayo Clinic Health System in Albert Lea, donating to youth activities was formalized about 15 years ago. 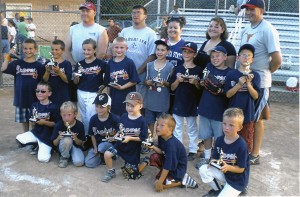 By that, Haried means the clinic donates monetarily and also through volunteer hours. Each year employees are given up to eight paid hours to volunteer.

“We want to give people a chance to volunteer,” Haried said. “People are busy with work and home so we’re going to clear time to do it, and maybe they’ll want to do it more on their own time. With our numbers, that would be huge if everyone here used those hours to volunteer.”

She said what it boils down to is a commitment to the community because by investing in the youth, it helps to keep opportunities available for them to gain experience that will prepare them for their adult lives.

Mike Moore, chief financial officer at MCB, agreed and said it became especially important to the company after the founder, Dick Krebsbach, passed away in 2005.

Moore said Krebsbach was supportive of sports because his own family participated when they were young. His sons, Tom and Tim, wanted to continue the donations their father had started but with an even bigger emphasis on the youth.

“All of us went to school long enough ago that there was no such thing as an athletic fee,” Moore said. “We hope that no one is being turned away on the basis of money. In sports you have to athletically qualify, but we hope no one is saying I’m not going out because I can’t afford it.”

Before 2005, booster clubs had to make a request for a donation from MCB. Now the company is proactive in their efforts and includes a total of 10 booster clubs from Albert Lea and Glenville in its budget each year.

Donations allow booster clubs to send coaches to training opportunities, buy uniforms and provide transportation for the team and any other extras not budgeted for.

Businesses are feeling more and more responsible because service clubs cannot do nearly as much as they used to. Some, like the Elks in Albert Lea, have folded altogether.

Moore said some service organizations have lost the gambling revenue they once had as a result of competition with the Diamond Jo Casino, built in 2006 in Northwood, Iowa.

With the donations from businesses rising, so is the accountability. Moore said one reason MCB would like to know what the money is being used for is because they would like to see some of it going to help kids who can’t afford the athletic fees.

“That’s a big hurdle for some families,” Moore said.

Not only do the donations help to shape leaders and give kids experience, they help to get kids active, which improves the overall health and wellness in our communities.

“Being a kid is not as easy as it used to be,” Moore said. “At least I don’t think it is. Society is much more complicated and they are bombarded with many more electronic connections to the world and each other.”

Haried said the donations are not given so that Mayo Clinic Health System’s name can be advertised all over.

“First and foremost, it’s the right thing to do,” Haried said. “Second, we want to give back to the community, it’s our responsibility to do so.”

Harried said receiving thank-yous is the most rewarding part for the businesses. The clinic keeps all the ones they receive. From last year she said there are at least 100 crammed in the book.

She said it’s how they tell how they’re doing and reinforces it’s the right thing to do.