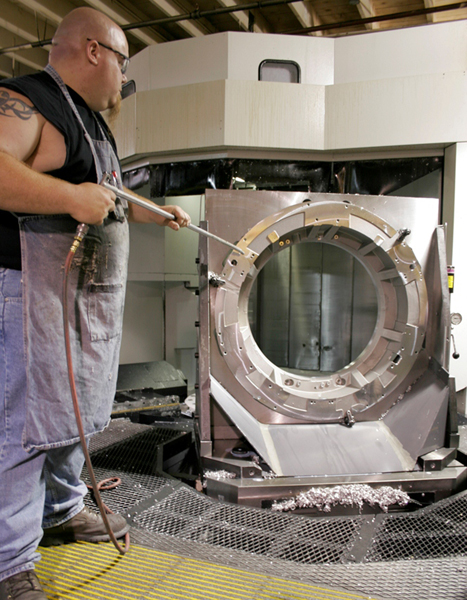 A worker at Lou-Rich works on a part at the plant. Lou-Rich will host a 40th anniversary open house on April 14.

Lou-Rich will celebrate its 40th anniversary this year and wants to invite the public to an open house to see the products it manufactures and the advanced technologies it uses to make those products. 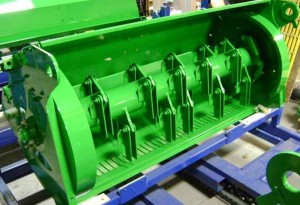 A chopper goes through the assembly line at Lou-Rich recently. -- Submitted

Mike Larson, president and CEO of Innovance, of which Lou-Rich is a subsidiary, said the company has been holding open houses every five years since its 25th anniversary.

“It just gives the public an opportunity to see what we do and see some of the processes we have here and the technology we use,” Larson said.

This year’s open house will be from 9 a.m. to noon on April 14. Refreshments will be served, there will be tours of the plant and souvenirs given out. Larson said the plant won’t be running at full production, but there will be demonstrations and exhibits for people to see.

“In the office we’ll show some of the engineering efforts we have, and we’ll show off our brand new furnished goods warehouse and shipping area,” Larson said. 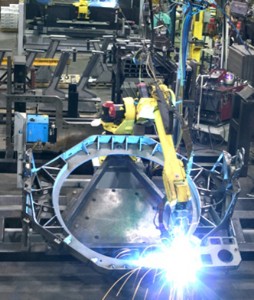 A robotic welding machine works on a part at Lou-Rich in Albert Lea.

Manufacturing has changed over the years, and Larson said most people don’t know it’s not a very dirty job anymore. It has computerized machines that are programmed to do jobs like drilling holes and welding.

“The technology being used today far exceeds what we had 15, 20 years ago,” Larson said. “Technology is moving really fast.”

He said employees at Lou-Rich are highly trained and need trade skills like welding but also computer and communication skills. It is much different than when it started in 1972 as a tool and die manufacturer and farm equipment repair shop in Hayward. It has now expanded to three manufacturing plants with more than 300,000 square feet of space. It has more than 360 employees who are part owners in the company.

“Lou-Rich is owned by Innovance, which is just a holding company that’s locally owned as well,” Larson said.

There have been many changes in the past two years at the plant, including an automated painting conveyor line, new manufacturing equipment purchased and the building of the new loading dock and finished goods warehouse.

Lou-Rich manufactures products for companies like John Deere, Hormel, General Electric, Scotsman and more. Larson said the company prides itself on being able to help customers move products from a concept to a physical product quickly while keeping costs low.