AUSTIN — The Austin man who allegedly struck another man in the back of the head with a baseball bat northwest of Mapleview on April 8 pleaded not guilty Thursday in Mower County District Court. 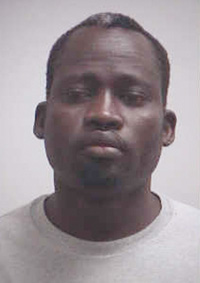 Galuak Michael Rotgai, 28, pleaded not guilty to two felony charges: attempted second-degree murder and first-degree assault causing great bodily harm. If convicted, he could face a maximum of 20 years in prison and a $30,000 fine.

As of Monday, the victim was reportedly improving but remains in critical condition at St. Marys hospital.

According to the court complaint, a witness in the apartment called 911 and reported that a 39-year-old Sudanese man had been struck in the head after arguing with another man. When a deputy arrived, the victim was lying on the floor, not breathing or blinking and surrounded by bodily fluids, according to the complaint.

A deputy arrested Rotgai and took him to a squad car while two other officers gave the victim CPR — according to the complaint — and detected a heartbeat after four minutes of resuscitation.

Another witness was allegedly drinking with Rotgai when the victim entered the apartment and asked for a DVD or CD, at which point Rotgai grabbed the bat and struck the victim and once more while he lay on the floor, according to the complaint. The witness also said the victim had no weapon on him and was not acting aggressively before he was attacked.