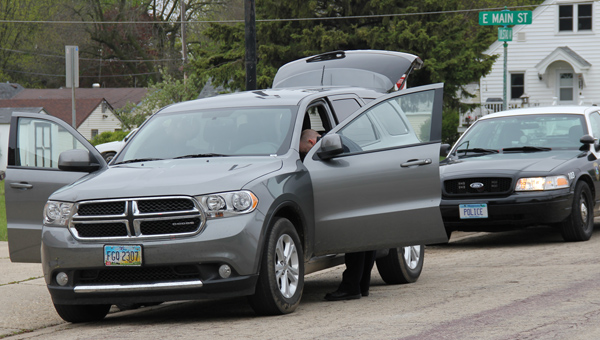 A high-risk predatory offender who had been missing from London for at least a month was arrested Saturday afternoon by Albert Lea police officers after he was spotted coming into Minnesota from Iowa.

Authorities alerted the Freeborn County Sheriff’s Office around 3 p.m. that Fisher may be headed into Freeborn County. They warned he could be armed and dangerous.

The man was ultimately pulled over on Ulstad Avenue near the intersection with East Main Street but was not armed.

Fisher, a Level 3 offender, was living on 903rd Avenue in London when he went missing. He had been in the community since April 2011 and was reportedly under intensive supervision by the Department of Corrections.

On Saturday, officials did not know the connection between Fisher and Ohio, where the vehicle plates were listed.

In 1993, Fisher was convicted of first-degree criminal sexual conduct with an adult woman, including penetration, involving a dangerous weapon in Stearns County. He reportedly used force and brandished a gun to gain compliance during the commission of the act, which was also an armed robbery.

The victim did not know Fisher prior to the incident.

Fisher also committed an armed robbery at a separate business and held employees there against their will at gunpoint.

He was sentenced to 27 years in prison, but was released after serving two-thirds of his sentence.

He is classified as a Level 3 offender because he has the highest likelihood of re-offending.

Look to the Tribune for more information about this case.