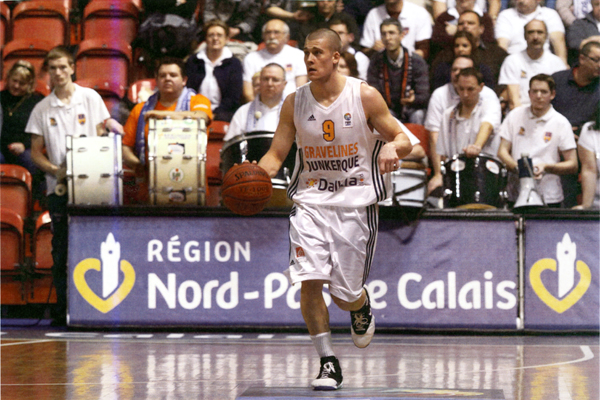 Ben Woodside brings the ball up the floor at Gravelines Sportica in Graveline, France. Woodside was an all-star for DCM Gravelines in the 2009 season.

An Albert Lea High School graduate’s professional basketball career took an unexpected turn when in November he left his basketball team, KK Union Olimpija, a Euroleague team based in Ljubljana, Slovenia, because of the organization’s financial situation. 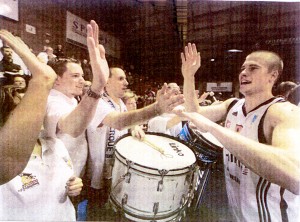 Ben Woodside, 26, a 2004 graduate of ALHS, then found a job in Tbilisi, Georiga, where he currently plays for the country’s Army base team.

Woodside said he and his wife, A.J., 23, had to make a decision that was best for them. After consulting with Woodside’s agent, the couple landed in Georgia, a country that borders Turkey and Armenia to the south, the Black Sea to the west, Azerbaijan to the east and Russia to the north.

Woodside, who graduated from North Dakota State University in 2009 as the program’s all-time leading scorer, began his professional career with BCM Gravelines, a French Pro A team in northern France. Woodside played in France from 2009-10 where he was named a French League All-Star, before signing a one-year contract with the Slovenian club. 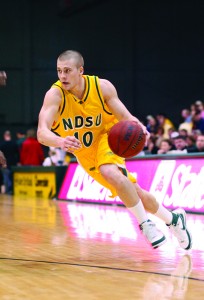 He has also played on the NBA summer league teams of the Minnesota Timberwolves and Golden State Warriors.

Woodside said while he and his wife enjoy Tbilisi, where they likely will spend a single season, it has taken some getting used to. The couple was assigned a chauffeur, and, unlike many places in the United States, smoking is very popular and legal indoors, including the arena Woodside plays in.

“Before one of our big games we were all getting ready to come out of the locker room and our assistant coach was blowing a cigarette into our faces as we were running onto the floor,” he said. “That was a big reality check for me. Everyone smokes there. Guys in the locker room are having a smoke after the game. When you’re trying to get clean in the shower, they’re sitting there smoking in it.”

Woodside also said the Georgians often stare at him and his wife when they’re out in public.

“I don’t think it’s to be intimidating or rude,” he said. “They’re more curious than anything.”

Woodside said his team, Irmia, is very professional and put him and his wife in a nice apartment.

“All of my teammates are great,” he said. “There are a couple of Americans who are helpful and playing here for the same investment purpose.”

The former Tigers star also said the fans are passionate and fill up an arena that holds 13,000 while standing the entire game. The only downside is the arena also fills up with a haze of smoke.

Woodside said after this season he will try to play in one of the top two leagues in Europe, in either Spain or Italy.