Robert (Bob) John Staloch, age 72, of Wells, passed away quietly on the Staloch Farm in the early dawn on Thursday, March 29, 2012, after a seven-month battle with lung cancer. A Mass of Christian burial will be at 11 a.m. Monday at St. Casimir Catholic Church in Wells, with the Rev. Thomas Niehaus officiating. Visitation will be from 2 to 5 p.m. today at Bruss-Heitner Funeral Home in Wells. Burial will take place in St. Casimir Cemetery. Bruss-Heitner Funeral Home in Wells in in charge of arrangements. 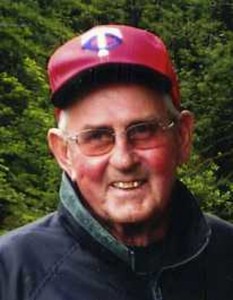 Bob was born April 26, 1939, on the Staloch Farm near Wells to Paul A. and Selma (Rodahl) Staloch. His childhood was filled with farming, exploring and playing with any ball he could find with friends and family. He graduated from Freeborn High School in 1957 as a decorated and well-respected athlete. After military service, Bob returned to Wells and took over the Staloch Farm where he farmed until his death. On Oct. 5, 1963, Bob married Sharon Dinneen at St. Joseph’s Catholic Church in Waldorf. They made their home on the Staloch Farm where they raised their four children. Bob and Sherry were members of St. Casimir’s Catholic Church and he served on the school board of Freeborn High School. Bob will be remembered as a generous neighbor, a valued friend, a committed husband, a supportive and selfless father, a loving grandfather and a caring uncle. He loved farming, fishing, his faith and his family. He was a person who was very easy to admire and love.

If purchasing flowers, family preference is for flowers through Accents in Alden, 507-874-3425.