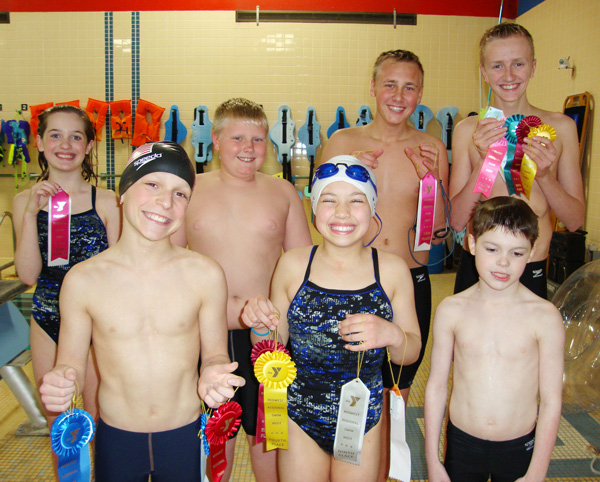 Ten Tigersharks earned medals, including 10-year-old Carter Simon, who placed first in the 50- and 100-yard freestyle and the 50-yard breastroke.

In the same division, Ahnika Jensen and Bailey Sandon placed seventh and fourth, respectively, in the 200-yard individual medley, and Sandon added a fourth-place finish in the 100-yard backstroke.

The Tigersharks competed in the Family Y regional swim meet on March 11-12 at the Rochester Recreation Center. Among 563 swimmers, the Tigersharks sent seven and came home with 17 top 16 finishes and nine in the top eight.

Koziolek placed fourth and sixth, respectively, in the 100 and 50 free, and Simon placed first in four events and second in another.

Wagner also placed, notching third in the 200 breaststroke and in the top eight in three other events.