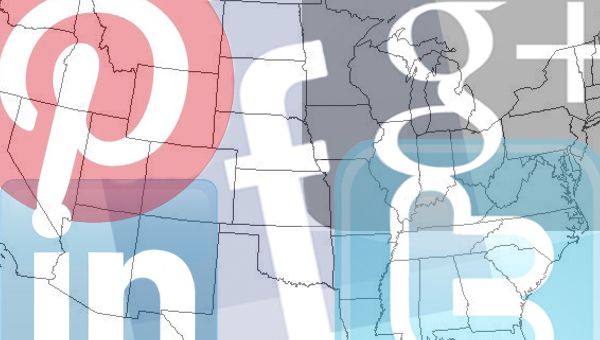 Extra publicity. Fun events. Bits of trivia. Behind the scenes.

For Albert Lea businesses and organizations using Facebook, it’s all about increased exposure and community awareness.

Whether it’s letting people know about a special sale, a job opening or something neat the business has done, more and more businesses in Albert Lea are jumping on board the social media site.

Though Facebook has been around for about eight years, businesses — at least in Albert Lea — have not joined the site in notable numbers until the last two to three years.

Carrie Boyer Olvera, sales and marketing director at America’s Best Value Inn, said her hotel has been on Facebook for more than a year.

One of the main reasons the company is on the site is to remind people of the business and to help keep it at the forefront of their minds.

“For example, when you pick somewhere to eat, you usually go over three places in your head,” she said. “If you’re not in the Top 3, someone’s most likely not going to choose you.”

The America’s Best Value Inn on Friday had information posted about the Big Island Grille & Bar being open for breakfast starting May 1, a photo of its pool and even pictures of a banquet room from one of the weddings there.

Debbie Tubbs, of Ben’s Floral & Frame Design, said her company has also been on Facebook for about a year and a half.

She highlights events happening at the store, special deals, special interest pieces and even trivia.

Also posted are numerous colorful photos of flower arrangements or items for sale at the store.

“It’s more about getting customers to become socially interacted with the businesses, more like a friend,” Tubbs said. “When you’re a friend with people, you support them. We would like the community to support us.”

Val Otterson, marketing director of Northbridge Mall, said Facebook has been a “great tool” for the mall.

She has posted sales or events happening at each of the stores. Many of the stores also have their own pages.

When different stores are hiring, she also posts that on the site, which has yielded results. For nonprofit United Way of Freeborn County, Facebook is more about providing information and photos of community events.

Amanda Weiss, office administrator, said she tries to post at least one item per day to the page, including questions, photos, facts, events or information about another organization.

“Anything to engage the audience,” she said.

Weiss said with so many people on Facebook during the day, it’s an easy way for people to find out what’s happening in town.

“I think the most important thing is trying to engage the audience,” she said, “Making sure the page has meaning to it, that people can go to the page and find more information that is accurate and timely.”

At first the only reason she got on Facebook was because her staff talked her into it. But now looking back, she’s glad she did.

“It has helped a lot,” Fjeldberg said.

Her Facebook page features before and after photos, specials happening at the salon, tips and trends for hair and even news items.

“Whatever is going on in the world, if we can connect it to our industry, we do,” she said.

She noted that the site has helped get her business message out to more people.

The challenge for many businesses and organizations is how to get more people to visit their page and eventually “like” it.

“Liking” a page gives people updates about the businesses on their own personal news feeds and allows them to comment on the business’ page.

The businesses on Facebook in town range in how many people “like” their pages, with some having only a couple dozen, while others have hundreds.

The Albert Lea Tribune had 2,723 likes, the Albert Lea Convention & Visitors Bureau had 74 and America’s Best Value Inn had 45.

Olvera said she is considering having some sort of contest to increase traffic to their page, while many people just start off by telling their friends.

Fjeldberg talked about the importance of sharing some of the same information on her own personal page that she does on the company page to draw people.

“If someone is sharing something, people tend to pay attention,” she said.

If businesses have only been using Facebook for a few years, they’re just starting to dip their toes into Twitter.

Twitter, the social media site with a 140-character limit on posts, has been steadily gaining users, with help from smart phones that make it easier to post, reply to other posts and tweet photos.

In Albert Lea, there are a few businesses with a presence on Twitter, arguably Mayo Clinic, Riverland Community College and the Tribune have the most “followers” or users who elect to see their tweets. Riverland has 199, while Mayo Clinic (the entire organization, not just Albert Lea’s hospital) has 1,112 followers; the Tribune has 740 followers. James Douglass, communications director at Riverland, said while they have more of a presence on Facebook, he does like to tweet information, too.

“A lot of the things that are geared toward students I’m putting on Facebook,” Douglass said. “News stuff I tweet, because a lot of our followers are newspapers, TV stations and media people.”

He gave the example of using Twitter to broadcast that a theater show had been canceled or a baseball coach was coaching his last game.

“Media people pick it up right away and gave me a call,” Douglass said.

While for now there isn’t a large student following, Douglass predicts more students will start to; the school has its Twitter feed linked to its website homepage and some of its Facebook posts are automatically tweeted.

Because the world of social media is ever-changing and growing, Jena Thompson, president and CEO at Daisy Blue Naturals, brought in an outside consultant to help her staff learn all the ins and outs of social media.

“It’s about connecting with those not only in our industry but customers and consultants,” Thompson said.

Daisy Blue Naturals, which makes natural personal care products, has 148 followers on Twitter, which aside from Riverland and Mayo Clinic, is one of the most for any business in the Albert Lea area. Thompson said she’s found that Twitter is good for short, instant news and links to other websites or new products, while Facebook is better for photos and longer stories.

“We were using Facebook and then saw the need for Twitter to send quick, instant messages,” Thompson said.

A year ago, Ryon McCamish found that his friends, mainly women, were “exploding with Pinterest.”

McCamish, the owner of AMP Studios, a photography studio in Albert Lea, said he uses Pinterest strictly for business.

“Mainly it gives me the ability to showcase my work and have other people easily pin my work,” McCamish said.

When a user pins something, it means they are putting it on their corkboard to save for future use. McCamish said it’s very easy to do and a board can be set up in three simple steps.

“I like sharing ideas with my clients,” McCamish said. “It’s a way for people to check out ideas for photos they may want for their own wedding or general party.”

In order to use the website, one must apply or be invited by someone already using it. The application process simply requires a user to enter a valid email address and within two days, they can start using their account.

Once registered, a “pin it” button will be added to the bookmarks bar on the Internet browser. This allows a user to pin something to their board from any website they may be on.

Dr. Pete Ahlers-Nelson of Pete’s Chiropractic in Albert Lea said he uses Pinterest to post educational videos for his clients.

“It’s another way to reach people,” Ahlers-Nelson said. “You’re always looking for ways to promote your business and to educate people. If they’re on there, that’s where you need to be.”

Ahlers-Nelson said he likes the ease of being able to go on Pinterest and find what he has posted right away. When something is posted on Facebook, he has to scroll down through all of the history and recent posts to find what he’s looking for.

On the flip side, office manager at Coldwell Banker Angie Dahlum said she prefers Facebook.

“You don’t get as side tracked as you do on Pinterest,” Dahlum said. “With Pinterest you go on to look at one thing and the next thing you know it’s four hours later and you don’t even remember why you went on in the first place.”

“Once they work out all the kinks and bugs and remove the invite-only part, it’ll take off after that,” McCamish said. “People don’t like the fact that you have to request an invite, so they don’t bother with it.”

When people are planning to visit or move to Albert Lea, they want to get a peek at the place. They go to YouTube.

The real estate videos show what homes look like on the inside. 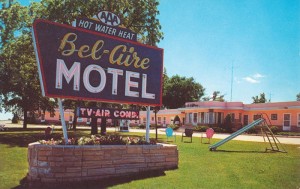 Flickr is another social network where people from the Albert Lea area can be found. Geared toward photography and images, Flickr is a favorite among many local photographers. Images from the past can be found there, too, such as this vintage postcard from Albert Lea's Bel-Aire Motel.

One real estate agent using YouTube is Josh Harmdierks. His latest is for a home at 329 E. Second St. The video cycles through photos of the interior and exterior of the house.

“It actually works pretty good. We get a lot of traffic,” he said.

Harmdierks is with Re/Max, which began pushing more property over social networks following a recent seminar.

That’s in addition to the listings at www.remax.com, which, of course, makes use of Google Maps.

YouTube, however, remains somewhat of a Wild West show. After all, the most viewed YouTube videos with an Albert Lea connection still are the ones showing tornadoes from June 17, 2010, and their wake of devastation.

Social media is one way the Albert Lea Grizzlies connect with the community. They can be found on Twitter, Facebook and MySpace — yes, MySpace is still around — but they can be found on some lesser-known social networks, from Delicious to Digg to Google Plus to LinkedIn. They spread the word about the activities the team had Saturday: final pre-season practice, team photos and a barbecue in the afternoon, with a bash that evening at Harold’s Bar.

LinkedIn is a way to connect with business associates past and present. Plenty of Albert Lea businesses can be found there, along with who does what at those companies. From Hy-Vee to Dave Syverson Truck Center, many, though not all, local businesses are using LinkedIn.

Hy-Vee markets itself on its LinkedIn page, stating: “Hy-Vee employees have a great opportunity to utilize their entrepreneurial talents every day. Perhaps this can be a vehicle to share new ideas and innovative products or procedures, that even though they may be small, if they are applied at all stores can help our company achieve even greater success.”