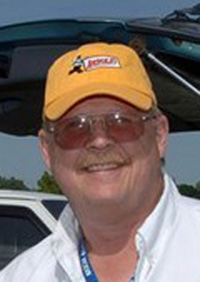 Steve was born Sept. 25, 1952, in Rochester, the son of Richard and Marcy (Galstad) Benesh. He was a graduate of Austin High School class of 1971 and attended vocational school in Minneapolis. He had a career as an offset printing press operator — a job that he loved. Steve was united in marriage to Jane Welsh on Oct. 19, 1991. He combined his love of stock car racing and photography into his passion. He spent many weekends at the race track taking pictures, many of which were published throughout the Midwest. He loved spending time with family and friends.

A visitation and prayer service will be from 11 a.m. to 1 p.m. Saturday at St. Edward Church in Austin, Minn. Interment will be at the National Bohemian Cemetery in Hayward after the visitation.