There is no link between vaccines, autism

One of the greatest controversies in autism is centered on whether a link exists between autism and certain childhood vaccines, particularly the measles-mumps-rubella vaccine. 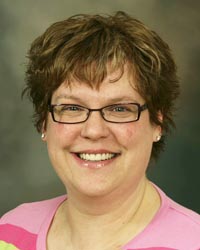 Due to concerns with the 1998 study, that study has been retracted by the medical journal that first published the article.

The Institute of Medicine, the American Academy of Pediatrics and several other organizations continue to research the safety of vaccines. As a result, the Centers for Disease Control in Atlanta recommends that vaccinations continue.

Avoiding childhood vaccinations can place your child in danger of catching serious diseases, including whooping cough (pertussis), measles or mumps. It is well documented that significant drops in vaccination rates result in emergence of diseases that had been considered almost eradicated such as measles, mumps, polio and pertussis.

Just think about the polio epidemic and how our society changed when the vaccine proved to be an effective cure: Polio was basically wiped out in our nation.

However, we are again seeing a rise in vaccine-preventable illnesses including recent pertussis or whooping cough epidemics on the West Coast in states such as California.

Autism is a spectrum of chronic developmental disorders. The main characteristics of autism are difficulties in social interaction, communication, and restrictive and/or repetitive interests and activities. Autism may be seen in infancy as impaired attachment. However, autism is most often diagnosed in toddlers from 18 to 30 months old when the poor social interaction, communication delays, repetitive behaviors and other signs of autism begin to differentiate a child from his or her peers.

It’s important to speak with your child’s regular provider, should you have autism concerns. Autism varies widely in severity.

Physicians use a book called the Diagnostic Statistical Manual to help them diagnose cases of autism. Over the past decade, the guidelines in that book have changed to become more inclusive. As a result of these changes, children who used to be considered “learning delayed” or to have “behavior problems” may now be more correctly diagnosed with mild autism or autism spectrum disorders. This allows more children to have access to state and federally funded programs as early intervention has been shown to be important to children diagnosed with autism.

Please contact your child’s provider to schedule an appointment if you have questions or concerns about autism or make it a point to discuss your concerns during his or her scheduled check up.