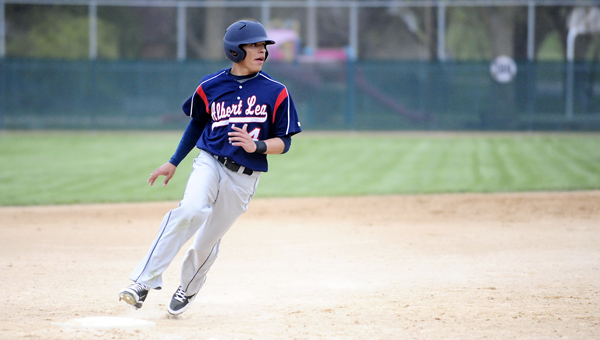 The Tigers jumped out to a 3-0 lead in the first inning.

They didn’t allow the Cougars to score until the fourth inning.

Tigers coach Joe Sczublewski said Cody Haaland has been a great leader for the team from the pitching mound.

“He has good poise and command of all his pitches,” Sczublewski said. “That’s big for this time of year.”

No other runs were scored from either team until the sixth inning when Makael Lunning sent a ball flying over the left field fence.

“We threatened, but they kept making solid plays that took us out of innings,” Sczublewski said. “It was a well-played game on both sides.”

Sczublewski said the Tigers ended the game on a “beautiful double play.”

The Cougars had two on base with one out. Up to bat for Mankato East was what Sczublewski called a threatening clean-up hitter.

It turned out good for the Tigers, though.

After beating Mankato East, the Tigers are 2-1 for the season.

Their next game is Tuesday at home against Mankato West. The game will start at 5 p.m.