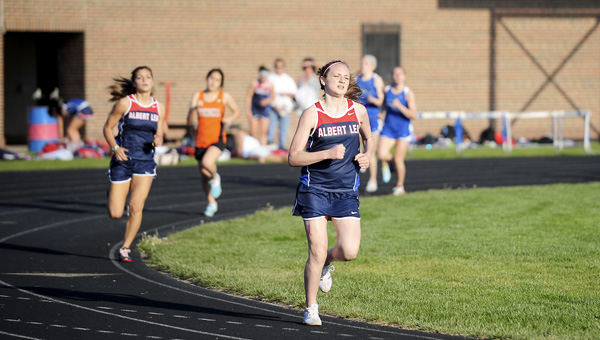 The Albert Lea girls’ track and field hosted their first home meet of the year on Tuesday at Hammer Field. The Tigers placed second behind Owatonna. 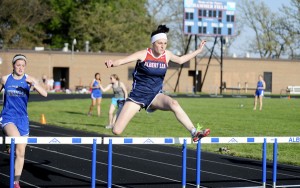 A member of the Albert Lea girls’ track and field team jumps over a hurdle on Tuesday at Hammer field.

“We had some tough competition,” Tigers coach Margo Wayne said. “They rose to the occasion and I was really proud of their efforts.”

Wayne said the team goal is to get points in every event. They missed their goal by just three events while competing against the Huskies, Rochester Mayo and Winona.

“There were a lot of individuals that stepped up to the mark to do what they had to do to pull off their second place finish,” Wayne said.

The Tigers had six first place finishes including Becca Dup in the 100-meter dash, Anna Englin in the 800-meter dash, Chrissy Monson in the 1,600 and 3,200-meter runs, Karli Kriewall in the pole vault and Sydney Rehnelt in the long jump. 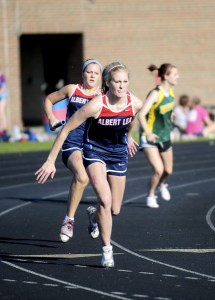