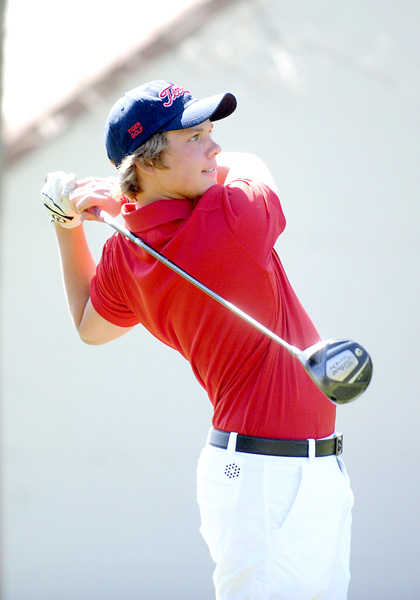 “Considering Winona has two college level players on their team and they were a favorite, it feels pretty good,” Tigers coach Riley Worth said. “With that said, we did have the home course advantage. That’s probably the only place we had a chance to beat Winona.”

Worth said while there are areas to improve on, the Tigers played a solid game.

“We battled through some mental lapses and that’s a sign of a strong player,” Worth said.

Winona’s Jason Edstrom was the medalist with a 69.

Albert Lea’s Brady Falk and Lucas Peterson both led the Tigers with 75. Brent Nafzger shot a 77, Brady Loch an 85, and Nate Stadheim and Adam Syverson both shot an 81.

Worth said Falk will be playing as an individual in a tri-state invitational on Friday and Saturday in Brooklyn Center.