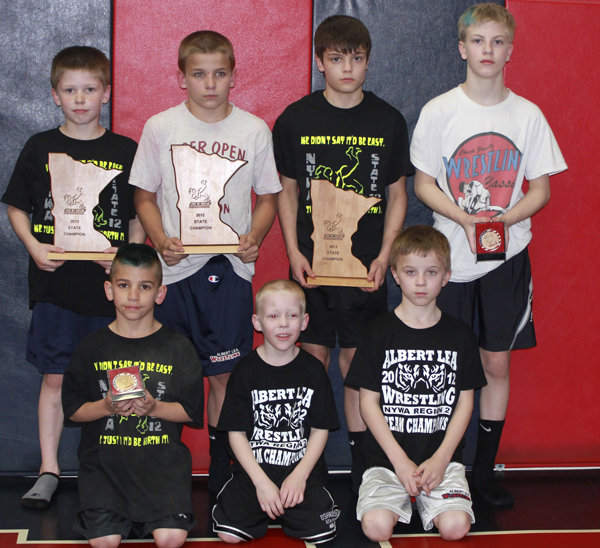 The Albert Lea youth wrestling team placed third at the 2012 Norland Youth Wrestling Association state tournament March 31 to April 1. The tournament was held at the Mayo Civic Center in Rochester. 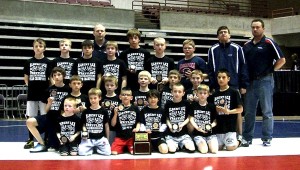 Other boys who made it to state but did not place were Nic Cantu, Zach Glazier, Jacob Johnsrud, Ty Harms and Chris Nelson.

Before the state tournament, the team had won the Region 2 NYWA tournament in March and placed second at the Byron Bears Challenge in February just behind Apple Valley 204-199.