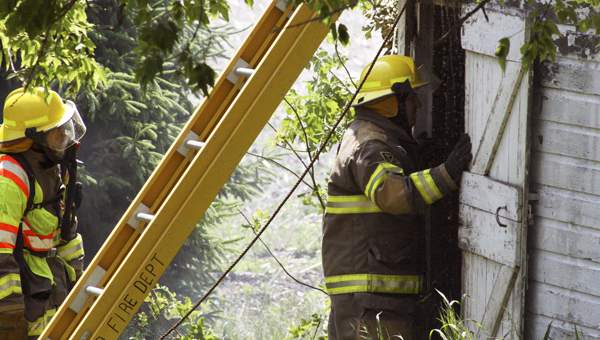 HAYWARD — A chicken coop south of Hayward received minor damage Monday afternoon after some garbage burning nearby caught the field and then the structure on fire.

Property owner Casper Kycek, of 17671 810th Ave., said he was burning garbage when he went inside for about 30 minutes to eat lunch. When he came back outside the burning garbage had caught the field on fire and was moving toward his chicken coop.

Though the coop did have some fire damage, fire officials estimated the structure is repairable.

“Now I know what fire can do,” Kycek said.