ST. PAUL — Rep. Tom Rukavina, a veteran lawmaker known for his impassioned speeches and irreverent, borderline uncouth remarks, won’t be back when the Minnesota Legislature convenes next year. 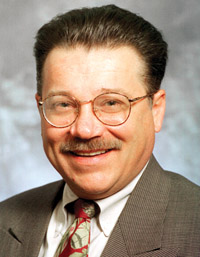 The 61-year-old Democrat from northeastern Minnesota announced his retirement Friday in a letter that lamented the politically polarized Capitol climate while also thanking janitors, cooks and the union movement. Rukavina has represented part of the heavily Democratic Iron Range for 26 years.

“Times have changed and I haven’t so it’s time for a new direction,” Rukavina said.

The surprise announcement a day after the Legislature adjourned for the year prompted genuine disappointment across the political spectrum. Rukavina often bashed Republicans as being elitist and out-of-touch, but many of them appreciated his libertarian leanings and skill as a sparring partner.

“He is one of the all-time characters,” GOP House Speaker Kurt Zellers said. “He is a true people’s representative. He is a great guy. He is a great, great friend. I will miss him deeply. That is bad news for Minnesota politics right there.”

One of Rukavina’s favorite foes on the House floor was then-Rep. Tim Pawlenty, in a good-natured rivalry that lasted through the Republican’s two terms as governor.

When the two visited mining officials together in 2003, Rukavina introduced Pawlenty as a “man with a good heart,” but then added, “I sometimes have to push really hard to find it.”

He refused to apologize after getting guff for calling then-State Auditor Patricia Anderson Awada “Osama bin Awada.” He said the Republican was “even goofier than I thought” for protesting the description.

The 5 feet 3 inches lawmaker with a moustache and mischievous grin once sponsored an amendment to bar male senators wearing ties from entering the House chamber, after he was denied entrance to the Senate floor because he wasn’t wearing one. He often bragged about his union-made underwear, even threatening to show the union label. Rukavina once described himself as “the political love child of Paul Wellstone and Jesse Ventura.”

“There will never be another like him,” said former House Majority Leader Tony Sertich, a Democrat who represented a district next to Rukavina’s.

The son of a miner and janitor, Rukavina grew up on the Iron Range with Croatian and Italian roots.

His early jobs included driving a milk truck and working in a taconite mine, where he joined the Steelworkers union. He was elected to the Virginia school board at age 22. He lost a Democratic primary for House in 1982, but went on to win a seat in 1986. After that, he won his re-elections with at least 70 percent of the vote.

Rukavina ran for the Democratic endorsement for governor in 2010 with the slogan “refreshingly honest,” but dropped out at the state party convention.

He pushed to pass laws requiring Minnesota-made products to be used in stadiums and state construction projects. He was also behind a law banning the sale of foreign-made U.S. flags.

The 13-term state representative is currently lead Democrat on the House Higher Education Policy and Finance Committee, which he led when his party held the majority. His retirement letter was printed on stationery left over from his days as the panel’s chairman.