A graveside service to bury the ashes of George Mitchell Ell of Albert Lea will be at 11 a.m. Friday at Lakewood Cemetery followed by an 11:30 a.m. luncheon at Bonnerup Funeral Service, Albert Lea. The Rev. Todd Walsh will officiate. Please send no cash gifts to the family. Memorials in lieu of flowers are preferred to Albert Lea Hospice or the American Cancer Society. 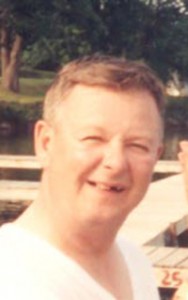 George died Monday, May 7, 2012, at Thorne Crest Retirement Community, Albert Lea, he was 75 years old. George was born Feb. 17, 1937, in Albert Lea to Monte and Agnes (Wangen) Ell. He graduated from Central High School, Albert Lea. At the age of 17 George was involved in a car accident which impaired him for the duration of his life, however, he lived a pretty normal life. He lived in the Twin Cities area from his late 20s to his mid 30s. George lived with his parents until their passing. He then moved into an assisted living facility where he lived a very independent life. George would drive his niece and nephew everywhere when they were young in his “Uncle Buck Car.” He worked at Cedar Valley. George enjoyed sports, especially basketball and the Minnesota Twins. He loved Muriel’s food. George would like to be remembered for his art work, and that he was a pretty nice person and had a great sense of humor. George enjoyed time on Borden Lake with his family and loved grill outs on his brother John’s deck. He also enjoyed going out on the pontoon. He finished out his final days at Thorne Crest. His family would like to thank the entire staff at Thorne Crest for taking such good care of him.