Lloyd Dennis Engebretson, 65, of Bricelyn died Thursday, May 10, 2012, at Methodist Hospital in Rochester. Funeral services will be at 10:30 a.m. Tuesday at South Blue Earth Lutheran Church, Seely Township, Faribault County, with the Rev. Arne Halbakken officiating. Burial will follow in the church cemetery. Visitation will be held at Bruss-Heitner Funeral Home in Bricelyn from 4 to 7 p.m. Monday and one hour prior to services at the church on Tuesday. Bruss-Heitner Funeral Home in Bricelyn is in charge of the arrangements. 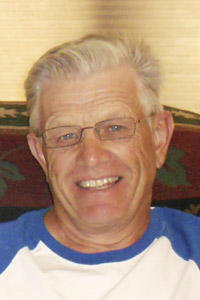 Lloyd was born January 18, 1947, in Albert Lea to Christopher and Dorothy (Johnson) Engebretson. He attended country school and public schools. On Dec. 14, 1974, he married Linda Sue Satre at South Blue Earth Lutheran Church. Lloyd loved his wife, his children and grandchildren. He loved the outdoors, gardening and traveling, especially in the mountains. He had a very strong work ethic and took pride in his work. He was always working and fixing on something. He also loved to talk and visit. He was a deacon of the church, served on the church council, the cemetery board and was a member of Albert Lea Eagles Club.

He was preceded in death his parents; his parents-in-law, Iray and Donna Mae Satre; and brother-in-law Kenny Satre.