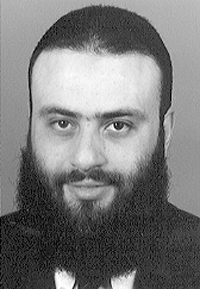 “We are working with his patients to transition their care to another physician,” a spokesman with Mayo Clinic said Thursday. “His departure has nothing to do with the care he provided for our patients.”

The medical provider did not say why it no longer employs the doctor, citing confidentiality about personnel matters.

However, Elhagaly in late April made waves across the World Wide Web when a paper he penned in Arabic was featured in a high-profile blog that translates Arabic into English.

The blog, Translating Jihad, said Elhagaly’s paper advocated female circumcision, saying it was “an honor.” The post was then referenced in many other blogs.

The World Health Organization says the procedure has no health benefits for women.

Elhagaly’s paper was titled: “Circumcision of Girls: Jurisprudence and Medicine.”

Elhagaly, locally nicknamed Dr. Ali and also known as Hatem al-Haj, is no longer listed on the web page for medical staff at Mayo Clinic Health System in Albert Lea. He had worked there since 2001. He graduated from medical school from Alexandria University in Egypt in 1991.

The doctor lives in Bancroft Township. He could not be reached for comment but did provide comments on a website he maintains. He said he advocated only a “ritual nick” and “no excision of any part of the clitoris.” He also said Islamophic websites have waged a campaign against him, calling all forms of circumcision mutilation.