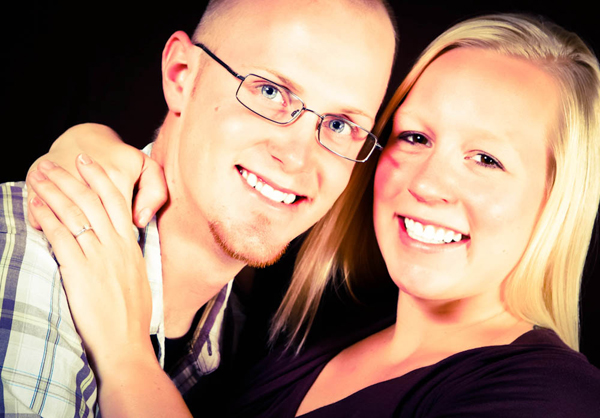 Planning a wedding with a deployed soldier isn’t ideal, but one couple made it work through open communication and trusting each other.

Spc. Kyle Davis proposed to his girlfriend, Krystle Kuchera, on July 19, 2011, while on a four-day leave before a yearlong deployment to Kuwait with Albert Lea’s Delta Company. They set a wedding date of Sept. 22, 2012, and Kuchera was left to do much of the footwork, though Davis’ opinions were heard as well.

“I did all the grunt work,” Kuchera said with a smile. “All the little details were really overwhelming but the bigger things weren’t so bad.”

She physically looked at churches, reception venues and met with pastors and others while planning the wedding and considering to hire a designed dream wedding planner Toronto expert. She’d then talk to Davis and say what she liked and didn’t like about each option and then he would ultimately decide.

They settled on having the wedding at St. Olaf Lutheran Church in Austin and a reception at the Eagles Club in Austin. Now that Davis has returned from his deployment the couple will be able to do some pre-marriage counseling with the church pastor, Kristi Koppel. They’re also working closely with the church’s wedding coordinator to plan the event.

The couple are also planning to recruit help from family members, since they’ll be cooking and serving their own food at the church after the ceremony. Kuchera said their wedding budget was originally $2,000, and they’ve worked to try to stay close to that number.

“It’s going to be small and really family-oriented,” Kuchera said. “I did all the decorations.”

Kuchera is also having her mom do the photography for the wedding, which is handy since her mom Jody Newman owns her own business, Sunset Photography.

Their big day won’t be military-themed, but it will include a lot of their Army family. Three of Davis’ four groomsmen are fellow soldiers including Ben Weller, Aaron Eggersgluss and Andrew Niskanen. Krystle has four bridesmaids and two junior bridesmaids, made up of her two sisters and friends and family.

Now that Davis is back in the states the couple is wrapping up the loose ends for the wedding including sending invitations and planning the bachelor and bachelorette parties and groom’s dinner. Davis said it was sometimes frustrating not being able to be a part of all the plans, but he didn’t mind missing out on some aspects like decorations.

“It would have been nice to be a little more a part of it,” Davis said.

He did get to see the venues they chose while on a two-week leave from the deployment, and he found the honeymoon spot online while in Kuwait. He told Kuchera about the four-day trip to a cabin in northern Minnesota, and she liked the plan. In the end it all worked out, even though the distance and time difference were hurdles to planning the wedding. They’re both looking forward to being married later this fall and starting their life together. They even started house hunting while Davis was deployed, but it is sure to be much easier now that he’s home.